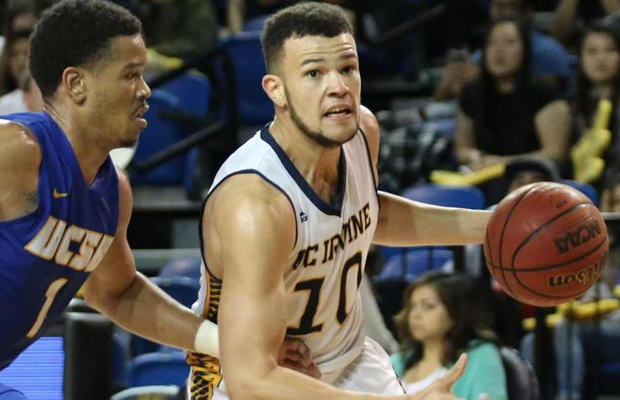 Former GB U20 and current UC Irvine guard Luke Nelson will have one more game to round out his college career after being selected to compete in the 2017 Reese’s Division I College All-Star Game this Friday in Phoenix, Ariz.

The game, part of Final Four weekend, is set for 3:35 p.m. Friday at the University of Phoenix Stadium and will be televised on the CBS Sports Network, as Nelson becomes the first UCI player ever selected for the event.

The game’s rosters feature 21 of the top seniors in the nation and were selected by the National Association of Basketball Coaches and NCAA Division I Men’s Basketball Committee.

Nelson will become the second Brit involved with the Final Four, albeit in a slightly different way, after Kavell Bigby-Williams – Nelson’s former National Team teammate – will be playing with Oregon.

Nelson, who represented the GB U20s in 2014 and 2015, will compete on the West squad coached by Colorado’s Tad Boyle and the East All-Stars will be guided by Josh Pastner of Georgia Tech.

The 2017 Big West Conference Player of the Year, Nelson led the Anteaters in scoring this season at 16.9 points per game, hitting at least 20 points on six occasions. He also topped the team with 30 steals.

Nelson ranks No. 1 in UCI history with 258 threes and he is fourth all-time in the Anteater record book with 1,531 points and 415 assists. He is fifth in program history with 145 steals.

Nelson was a member of the last four UCI teams to win 93 games and reach the postseason all four seasons under Coach Russell Turner.