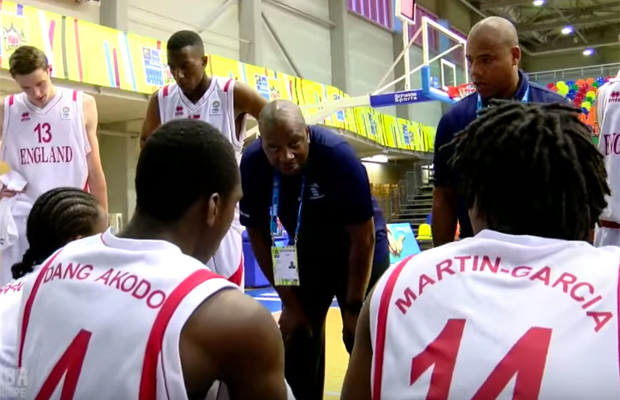 British basketball legend Steve Bucknall has announced he will be holding an inaugural Elite Showcase over the half term break that marks the start of a partnership with DME Sports based in Florida.

The ‘DME Elite Showcase’ will be 3-day intensive elite camp from Feb 13-15 at the Thunderdome that will offer 15 players the chance to travel to Florida to compete in the DME Championship Tournament in July 2017 in Daytona Beach, Florida.

“A lot of young players have their hopes and aspirations pinned on going to the States to play basketball in some capacity but due to finance and other obstacles most never get the opportunity,” Bucknall said.

“It’s also a big step and there is a lot to understand about taking this kind of life changing move. We at London Thunder believe that building a partnership with DME will offer us the capacity to provide a viable and realistic service to the young budding stars of the future.”

The camp, which will run from 10.00am – 4.30pm on each of the 3 days, will offer players the opportunity to train with and be coached by American Dan Panaggio who has previously had jobs with the Phoenix Suns, LA Lakers and Portland Trail Blazers.

Additionally, players will receive an online recruitment profile with stats and key information and space to upload their highlight tape. During the showcase, players will also have the chance to learn about the US college recruiting process, how to effectively promote themselves, and about academic requirements

The camp, which costs £100, is open to NBL Premier League Players or those playing at regional or National level. More information can be found here.