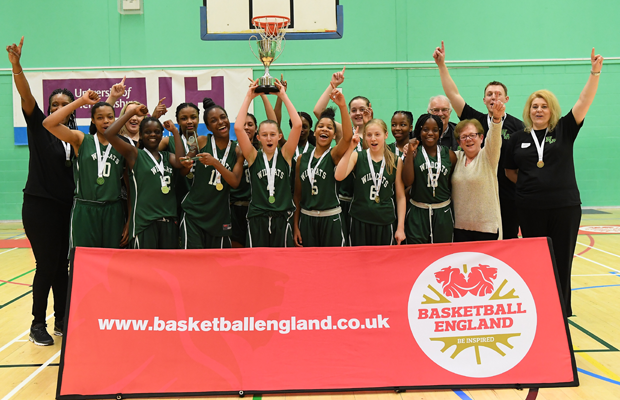 Nottingham Wildcats were crowned the 2017 Under-16 National Cup Champions with a 61-47 win over Southend Swifts in the final at Herts Sports Village on Saturday afternoon.

Maya Hyacienth finished with 30 points, 9 rebounds and 7 steals on her way to MVP honours, as Wildcats dominated the final period to secure the win, outscoring the Swifts 14-5 in the quarter.

Brahe Ashton was the only other player in double figures for Nottingham, with 14 points, adding 6 rebounds, 5 assists and 5 steals.

The Wildcats opened up an early double-digit advantage in the opening period and led by as many as 13 points at 41-28 during the third quarter.

However, Southend battled back and cut the gap to just three points with the first score of the fourth – only to be held scoreless for the next six minutes in the midst of a decisive 10-1 run.

The Wildcats have a 2-6 record in the North Premier, while the Swifts lead the South East Premier with just one defeat in 10 so far.