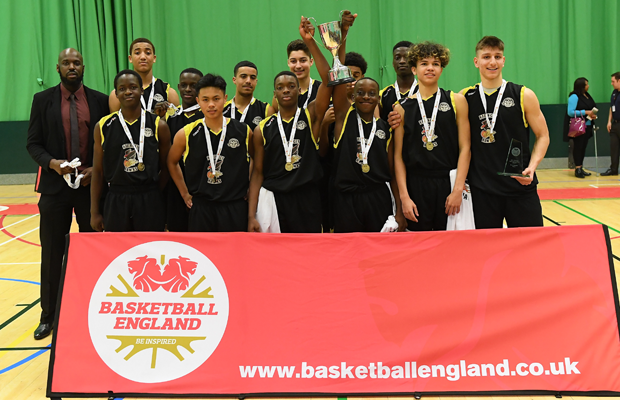 Haringey Hawks claimed the 2017 Under-16 National Cup with an emphatic 85-40 win over Brentwood Fire on Saturday afternoon at Herts Sports Village.

Spyridon Kapsalos picked up MVP honours with a 24 point, 8 rebound and 6 assist outing, as Haringey snuffed out any hopes Brentwood had with a dominant second period to take a 49-17 half time lead.

Kapsalos was ably backed up by Mohammed Sanni-Oba’s 17 point, 15 rebound double double, whilst Cameron Morris added 12 points on 6 of 9 shooting off the bench.

Haringey raced out of the blocks with a 17-6 opening period before pouring in 32 points in the second to open up a commanding 32-point advantage.

They continued to dominate in the second half, holding their opponents to five points in the third before completing a convincing victory to secure the title.

Brentwood were led by 12 points and 12 rebounds from Tim Adekutasi, as he was the only player to reach double figures for the Fire.