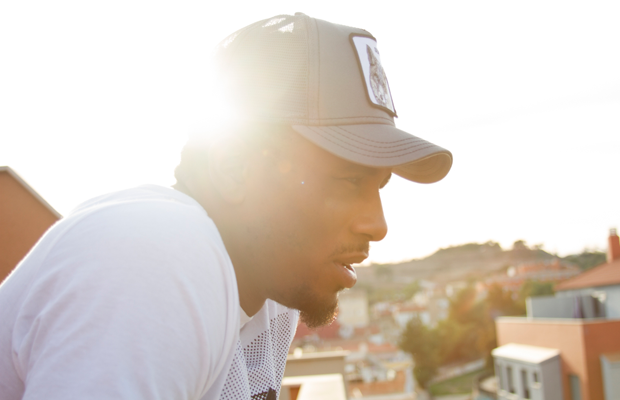 This article is written and contributed by Peter Simmons from 5or6, who this weekend spent time in Spain with GB’s Ovie Soko.

Departing the onset of winter weather for the sunnier climbs of southern Spain, an appealing proposition at this time of year. I arrived with an open mind as to what playing in Europe’s top league was really like.

My flight landed early in Alicante and I was met by the team manager Pangua – the fixer. He had been sent on the errand to pick me up as the player I had flown to see had been unable to drive due to an injury sustained in practice. Pangua spoke good English and I recognised immediately that the fixer was an important piece at most clubs where English wasn’t the first language.

With Leonard Cohen on the radio, we set off, Pangua in full tracksuit and looking like Narcos, navigated the roads. It was 9.30 at night so I didn’t get chance to see the palm trees and appreciate the landscape. After 40 minutes of limited conversation we had arrived. I was handed some crutches to pass on and instructed to head up the lift to level three. Arriving in darkness, what first struck me was his size – at 6”7’ his frame is unmissable. I had come to visit the only British player currently playing in the ACB, Ovie Soko.

“I’m going through a little patch now with the injury. But I know that there is a bigger picture and you need to be able to take the rough with the smooth,” explained Ovie. 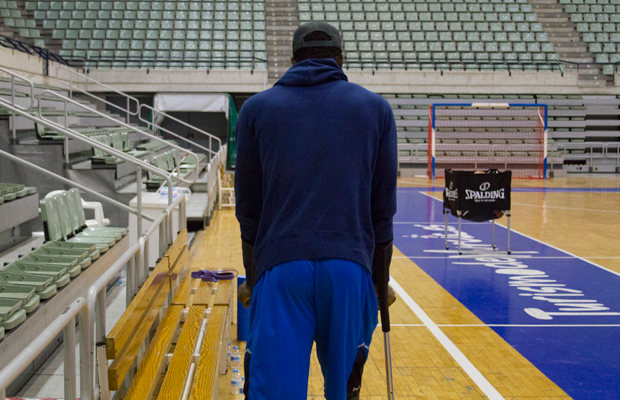 I had flown out to watch him play against Barcelona, but instead he would be watching too, with an ankle injury ruling him out for 3 weeks. Injury at this level is more than just an irritation, in elite sport it’s serious. It’s your job, your livelihood. The frustration is very real. Still I had come to more than just to watch the game, I had come to learn…

Ovie had begun his basketball career in North London where he grew up. He had started playing because of his brother who had friends that were big in to the sport.

“I followed him. I soon figured out that it is something that I wanted to do and could maybe make something of in the future. That’s really how I started.”

Soko joined a team in Barnet, and although recognising it didn’t have the biggest of reputations, he recognised the team had potential with some good players. He would travel with the side to Spain and America at 14/15 respectively. And as a result of the trip to the latter, would end up heading to high school stateside.

“The biggest adjustment for me was going from a public school to a private school. It was a really big adjustment being around kids who had a lot of money. I wasn’t used to that. I ended up moving high schools at the end of that year. It was a tough decision but a great decision for my career path.”

Bethel High School was in Virginia – in fact it boasted a reputation for having produced Hall-of-Famer Allen Iverson.

“From there I went to school in Alabama. I played for Coach Mike Davis. I don’t think I was mature enough to play for him at that time. I wasn’t mature enough to appreciate some of the stuff he was trying to teach us. I love him for it now. And looking over my career so far I’ve learned a lot from his style of coaching later on down the line.”

“I finished up my last season in Duquesne with Coach Jim Ferry who is another great coach. I love him to bits, he’s still there at the moment. He gave me a lot of freedom. Freedom that I hadn’t had in school.”

“I finished up well,” Ovie reflected playing down his achievements. “I was able to show people the ability and indicate potential that I have. Looking back, it was a shame for me that it didn’t come earlier. But it has worked out in the end.”

In-fact Ovie had gone from a public school in London, to private school – quit to earn his way back the tough way. He had earned his achievements and in his final year at Duquesne averaged a stunning 18.4 points per game. He didn’t perhaps say it, he didn’t need to. He’s motivated. You could see that ingrained drive, an edge, that light I see in a lot of elite sports stars. 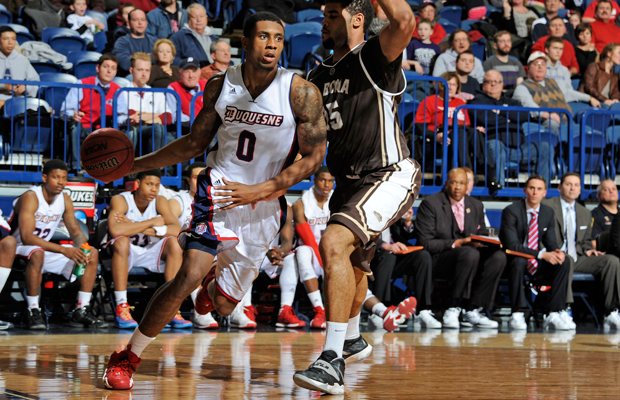 “I never really thought about back home. I was out there chasing the top. Focusing on myself – my focus has always been on the things I need to do to get where I needed to.

“We played against a lot of good sides, the likes of North Carolina and Duke. It was an awesome experience that you can’t really explain. I struggle to put it into words as they were experiences that I remember through feelings.”

“You feel like you have things figured out finishing college.

“You’ve got a degree and conquered the world but actually once you start playing the sport for a living it changes a lot. The pressures change. The expectations change.

“In my first year the biggest adjustment for me was off the court. That’s the area were I feel like I grew. I had to grow up and understand what it takes to be a full professional.”

Ovie had headed to France to play in the Pro-B for Boulazac Dordogne. It was a ‘mixed experience with both good and bad’.

Over here in England we just hear of the player and the country, we kind of presume it’s all rosy but I guess that’s not always the case. I’m not saying it was awful either. I’m just saying that we don’t realise the challenges faced day-to-day or understand the adjustments of playing abroad.

Un-phased, Ovie had finished his first year pro, he had faced the hurdles and adjustments off court, learned and come through them. He had represented GB that summer in a friendly at the Copper Box against New Zealand. But what next?

“After my first year nobody really wanted to give me a shot. I ended up playing in Greece at one of the teams with a smaller budget, Aries Trikala. So I took a pay-cut to play there. It was the only place that were willing to give me a chance that were in the first division.

“Again I had ups and downs but I love Greece. The people there, the culture. It was an amazing experience. I was playing pretty well there but got an injury setback for two months. It was a roller coaster within a bigger one.

“It was another year playing professionally and another year were I really learned. I feel like I am steadily growing each year.

“I was out for two months with the injury but came back and finished really strong. I ended up going to Italy for a month at the end of the season to help a team with their play-off push.”

His athleticism is obvious, his openness to learn and listen is there too. Ovie has a steely determination to succeed, and what better way. Stronger and more determined, Ovie joined UCAM Murcia this summer to continue his journey in Europe in the ACB. He has walked his own path to get here. A path that has been tough but the right one.

“I have learned from everyone on my journey. Everyone is an influence from day-to-day. I learn a lot from watching other people.

“It’s a big opportunity for me. It’s really exciting. If you get it done here in this league, people can’t really question much.”

Follow Ovie Soko on Facebook. You can also find three behind the scenes image galleries from Pete’s time in Spain with Ovie on Medium; Day One, Day Two & Day Three.