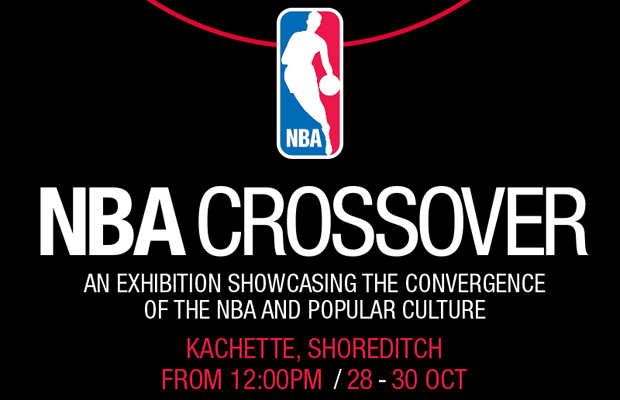 The National Basketball Association (NBA) today announced “NBA Crossover,” a cultural exhibition in London displaying the convergence of the NBA and popular culture through the ages.

The free exhibition, a first of its kind for the league, will take place in Shoreditch from Oct. 28-30 and will feature appearances by two-time NBA Most Valuable Player and NBA Legend Steve Nash.

NBA Crossover will use interactive exhibits, video and imagery to showcase the relationship between the league, its players and fashion, music, film and entertainment. Visitors will be able to journey back to the league’s early years and explore the many ways that the NBA has contributed to and been influenced by popular culture developments.

The exhibition will feature a music area that will showcase how basketball and the NBA have become synonymous with popular music and culture, influencing players and musicians alike. A dedicated fashion section will highlight how NBA players have become fashion trendsetters, regularly appearing on magazine covers and attending fashion shows around the world. Exhibits will also showcase the game’s influence on film and celebrity, demonstrating how the NBA seamlessly merges sports and entertainment. Visitors will also be able to play the recently launched NBA 2K17 game.

“We are excited to announce the league’s first NBA Crossover exhibition in partnership with NBA 2K17 and Foot Locker,” said NBA EMEA Senior Vice President & Managing Director Benjamin Morel. “The relationship between the NBA and popular culture extends far beyond the court and appeals to casual and devoted fans alike. This exhibition will capture the many ways that the league and its player have influenced – and been influenced by – trends in fashion, music, entertainment and more.”

“We are thrilled to be part of the first NBA Crossover,” said 2K Sports EMEA Vice President, Publishing, Murray Pannell. “NBA 2K is a key franchise in our portfolio, and we are excited to showcase how the title has evolved over the years and to give basketball fans the opportunity to get hands-on with the latest iteration, NBA 2K17.”

“Basketball has been a way of life for me. From my earliest beginnings, playing on a playground through to performing on the biggest stage I am constantly reminded of the impact basketball has on everyday life,” said NBA Legend Steve Nash.

“Basketball has its’ very own unique culture and NBA Crossover will illustrate how the worlds of sports and popular culture collide.”

NBA Crossover is in partnership with NBA 2K17 and Foot Locker, and is supported by Capital Xtra, GiveMeSport and New Era.