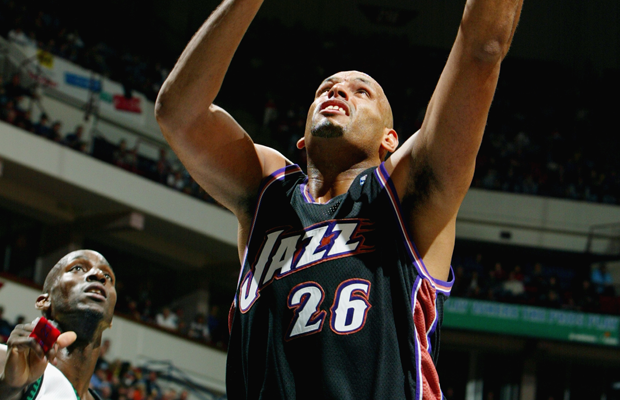 The NBA today announced the launch of the NBA European Ambassador Program, which will see John Amaechi and other former NBA players engage thousands of youth through the league’s youth development efforts on the continent.

“I am delighted to work with the NBA to grow the game of basketball,” said Amaechi. “The NBA is dedicated to creating engaging programs for young people, providing them with a deeper understanding of the game through fun, interactive experiences with the sport. I am honoured to work alongside my fellow ambassadors in this exciting program.”

The announcement was made today at the NBA Café in Barcelona by NBA Commissioner Adam Silver, who was joined by NBA EMEA Senior Vice President & Managing Director Benjamin Morel, NBA EMEA Vice President, Basketball Business Operations Jesus Bueno, and Amaechi, plus other former NBA players, prior to the Oklahoma City Thunder taking on FC Barcelona Lassa as part of NBA Global Games Europe 2016 presented by BBVA.

“We are excited and thankful to see our former players continue to contribute to the growth of basketball beyond retirement,” said Morel. “These ambassadors will teach young boys and girls values that apply on the court and in life, including teamwork, leadership and respect.”

Throughout the year, the ambassadors will play a key role in Jr. NBA and NBA Cares programs and events in nearly 30 European countries. The Jr. NBA, the league’s global youth basketball participation program, engaged more than 12 million youth last season. NBA Cares programs and participants have provided more than 3.7 million hours of hands-on service and created more than 1,040 places where kids and families can live, learn or play in communities around the world.