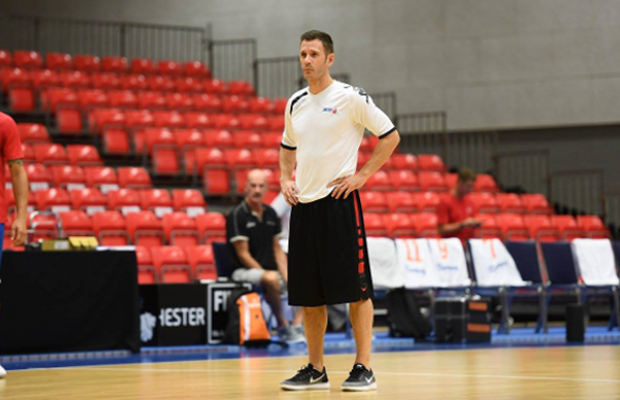 GB Senior Men’s assistant Nate Reinking has been promoted to the role of Head Coach of NBA D-League side Canton Charge for the upcoming season, it has been confirmed.

Reinking had been an assistant with Cleveland Cavaliers’ affiliate team since 2013, and now replaces Denver Nuggets bound Jordi Fernandez, as first reported by D-League Digest.

“I am thankful to Mike Gansey and the Cavaliers organisation for giving me this opportunity to be the Head Coach of the Charge,” he said, in the release.

“I wouldn’t be here today without them as well as all the great experiences I’ve had with Steve (Hetzel), Jordi (Fernandez) and the rest of our Canton staff over the last three seasons.

“I’m looking forward to assembling our staff and pushing young talent to be the very best, continuing the standard of success that has been set here.”

The 42-year-old served as Joe Prunty’s assistant, helping the team qualify for EuroBasket 2017 in a continued role with the GB National team.

Reinking has been involved with the new programme since its 2005 inception with his last playing experience coming at the 2012 Olympics.

Related ItemsNate ReinkingNBA UK
← Previous Story Ryan Richards: “I’m 100% Focused to be in the NBA by 2018”
Next Story → Will Hall Signs in Spain with LEB Silver Side Avila