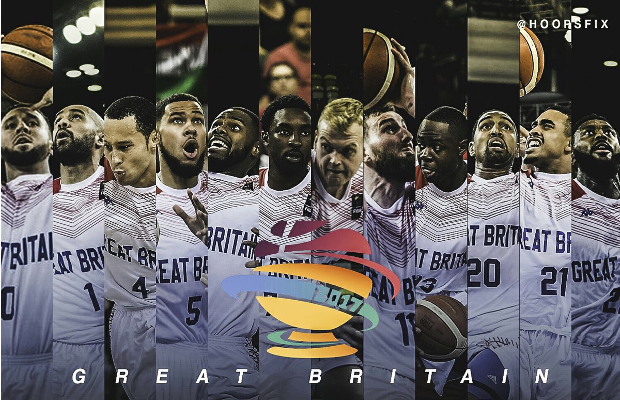 Great Britain’s Senior Men will be playing at EuroBasket 2017 next summer, after their qualification was secured today.

Joe Prunty’s side – who are currently playing in Luxembourg – needed results to go their way and were mathematically assured of a spot at next year’s major tournament after the finish in Group B.

Germany defeated Netherlands 82-51 to top the group on head-to-head, while Denmark still finished bottom despite beating Austria 86-72 having lost by 20 in the reverse fixture.

GB had already wrapped up second spot in Group G and had a 2-2 (+17) rank amongst the runners-up. Prior to Saturday’s action, GB were guaranteed to finish above Bosnia and Herzegovina, and whoever finished second in Group D.

Therefore, they needed to finish above one more team in the second-placed standings and mathematical confirmation came when the results in Group B were confirmed.

GB finished higher in the rankings of the runners-up, as Ukraine were beaten by Slovenia to finish 2-2 (-3), while Iceland and Montenegro both finished with 3-1 records.