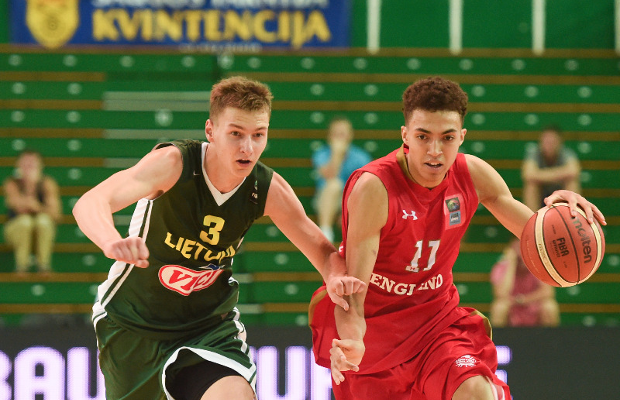 Basketball England have announced a preliminary squad list of 38 players who will compete to make the Under-17 and Under-18 England National Team squads this year.

With the home nations coming together to represent as Great Britain under the British Basketball Federation from October 1st, it remains unclear the full protocol on exactly how the development pathway will work, however, the 38 players selected will head to camp in Manchester in December, where BE will trim them down 16 players for consideration for GB’s Under-18 team, and 16 players who will remain in the England U17 development programme over the course of the season.

““Congratulations to all players and their coaches on selection for England National programmes 2016/17,” said BE’s Technical & Performance Manager, Vladan Dragosavac.

“The Regional Development Tournament was a great opportunity for all to enjoy basketball and perform to their best.

“With the Home Nations all coming together to compete as Great Britain from 1 October 2016, Basketball England’s aim is to have as many players & staff as possible involved in the Great Britain teams,”

*teams are as accurate as possible to our knowledge for the 2016-17 season, please contact us should you know of any inaccuracies.