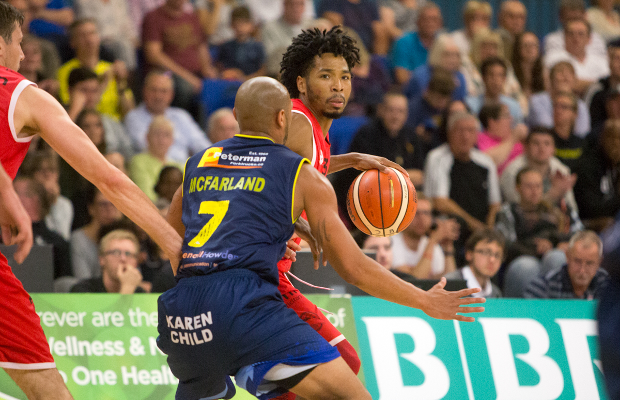 The new season of the BBL is underway as all 12 teams played their first games on an action-packed opening weekend.

Here’s a run-down on what happened over the weekend:

23/09 – Leicester Riders made a huge statement on the opening night of the new season after cruising to a 54-85 victory away at Sheffield Sharks.

The defending league champions pulled clear after an even opening period with another strong defensive display setting the platform for victory.

23/09 – Worcester Wolves overcame a thrilling opener against Cheshire Phoenix as they claimed an 88-85 victory in overtime, on Friday night.

A remarkable fourth quarter comeback saw Wolves recover from a 16-point deficit before eventually sealing the win with two big triples in the closing stages of the extra period.

24/09 – Bristol Flyers opened their campaign for the new season with an 85-80 victory over Plymouth Raiders, on Saturday evening.

Andreas Kapoulas’ side are now 8-1 against the Raiders since entering the BBL after putting together a strong finish to get off to a 1-0 start in the league.

24/09 – London Lions made a successful start to their league campaign after pulling away to defeat Surrey Scorchers 58-69, on the road.

The visitors recovered from a slow start and a strong second half saw Nigel Lloyd’s side come away from Guildford with the victory.

25/09 – Leeds Force enjoyed a winning start to the new season after claiming a 79-58 victory over Yorkshire rivals, Sheffield Sharks, on Sunday.

The home side pulled away for a dominant victory behind Jack Isenbarger’s shooting heroics as the club won their season opener for the first time in the BBL.

25/09 – Leicester Riders made it two wins from two after they held off the challenge of Worcester Wolves in securing a 77-66 triumph.

Rob Paternostro’s side got the job done in the final quarter after being given a stern test in their home opener.

25/09 – Plymouth Raiders bounced back from their opening loss with a convincing 87-63 victory at home to Surrey Scorchers.

The home side led from start to finish in a dominant display to level their league record at 1-1.

25/09 – Glasgow Rocks recorded an emphatic 56-90 victory away at Manchester Giants to get their campaign up and running.

The Rocks never trailed and had five scorers in double figures as they made a strong start to the season.

25/09 – Newcastle Eagles began their campaign with an 85-99 victory away at Cheshire Phoenix.

The two teams met eight times last season and Fab Flournoy’s side were able to avenge their defeat in the playoffs with an opening success.