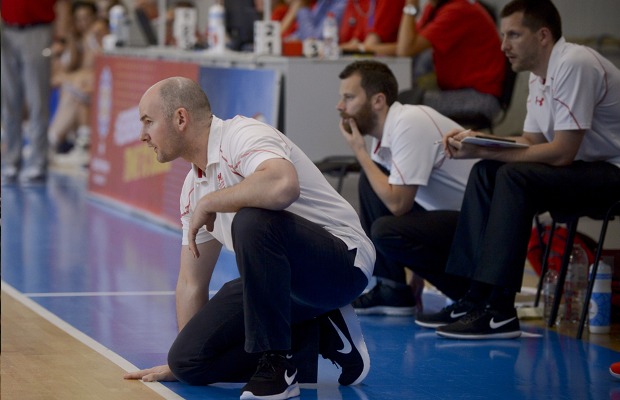 England Under-16’s Head Coach Alan Keane will line up on the Reading Rockets’ bench this season after joining the club as an assistant coach.

Keane – who has led the National Team for the past three years – will serve as Manuel Peña Garcés’ right-hand man for the upcoming NBL Division 1 campaign.

“Every day, month, year I’m always looking for an edge to develop my coaching and that edge has now come in the form of Reading Rockets basketball club,” he said.

“To be in a performance based environment with a forward thinking philosophy excites me. To surround myself with continuous learners who will challenge and unpick my current knowledge base is an opportunity that I will embrace.

“Reading have many great provisions as a club but working alongside advanced level coaches for me is the main attraction and the edge I’m looking for.”

Peña Garcés added: “It’s 20 years since the formation of Reading Rockets and we are continuing to work hard in the growth and the structure of the club.

“A big example of this is the signing of Alan Keane and I’m really happy that we have been able to make this happen.

“Alan is one of the best English coaches right now and this is a good step for him; he is a hard worker and very humble and he is going to fit in well with the philosophy of the club.”

Keane has just returned from Sofia, Bulgaria, where he led the England U16s to a fifth place finish as their promotion hopes were ended by a 1-point loss to eventual champions, Russia, in the quarter-finals.

The NBL D1 season gets underway in around four weeks time with the start of the Cup & Trophy competitions.