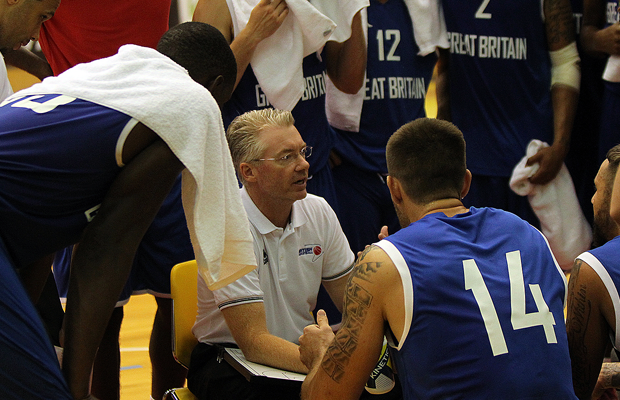 With two final preparation games to come before the start of EuroBasket 2017 qualification, Great Britain’s senior men’s squad has been reduced to 15 with the release of Will Neighbour.

The 6’10” forward who played for Surrey Scorchers last season has been released from camp and Head Coach Joe Prunty has wished him well.

“Will showed very good growth and improvement from the beginning of camp. His skills will present him great opportunities with both his club team and British Basketball moving forward,” he said.

The 15 players still in camp are as follows:

The fifteen remaining players in camp will be available for selection against The Netherlands, who arrive at Manchester’s National Performance Centre for two games on Friday (behind closed doors) and Saturday, both with tip-off times of 7pm (Saturday tickets available here).

The team then head to Hungary for their opening EuroBasket 2017 qualifier on Wednesday, before a pivotal week of home games beginning on September 3rd. Tickets for all three games at the Copper Box Arena are available here.