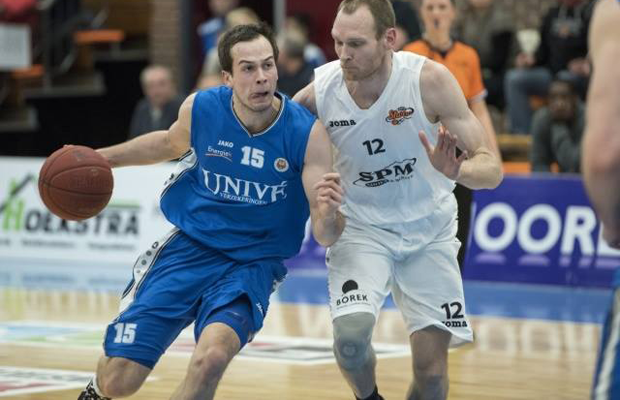 Nigel Van Oostrum has made the switch to join Zwolle in the top-flight in the Netherlands after almost two seasons at Leeuwarden, it was announced today.

The former GB U20 point guard put up impressive numbers last season with averages of 6.8 points, 4.6 rebounds and a league best 8.1 assists per game in 28 appearances.

🔨⏰! Looking forward to the next adventure! 🏀

“Nigel is an excellent point guard, who’s going to make his teammates play better, and he fits well in our philosophy,” said Zwolle’s GM Adriaan Van Bergen on the club’s website.

“He had the most assists of all players in the Dutch league [last season]. In addition, he’s an excellent defender, and we’ll enjoy having him here,”

Zwolle finished top of the Eredivisie standings last season with a 22-9 regular season record before losing the playoff finals 4-1 against Groningen.