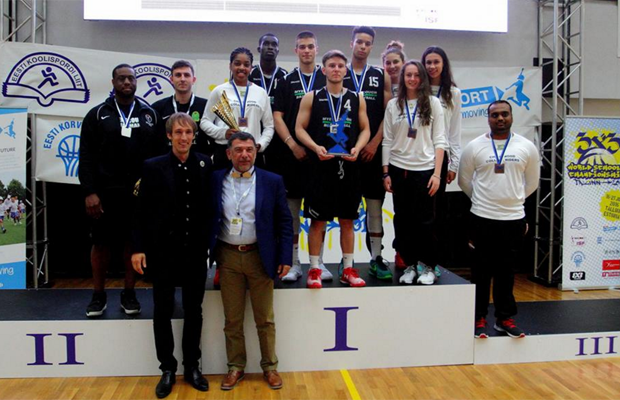 Myerscough & Charnwood finished second and third respectively in the men’s and women’s competitions at the International Schools Federation (ISF) World 3×3 Championships in Estonia this weekend.

Both teams were officially representing England in the international tournament.

Myerscough fell to Slovenia 17-21 in the final, having defeated Czech Republic 11-9 in the semi, and taking down hosts Estonia 15-11 in the quarter finals.

Myerscough lose out to seriously talented Slovenia in the Championship game.. pic.twitter.com/5rNekFgoES

They went 5-1 through the group stages, finishing the tournament 8-2.

Meanwhile, Charnwood were knocked out by Slovakia 10-15 in the semi-final, before bouncing back to record an 18-13 win over Czech Republic to claim third place.

“The girls did amazing,” Charnwood Head Coach Krumesh Patel tweeted after the game.

“Really appreciate all the support thank you!”

The girls did amazing. Really appreciate all the support thank you! #WeRide #worldschool3x3championship #proud pic.twitter.com/zHkCnPQM5S

The girls dominated Portugal 16-5 in the quarter finals, after going undefeated at 5-0 in the group stages with wins over Latvia, France, Estonia, Hungary and China. Charnwood finished the tournament 7-1.