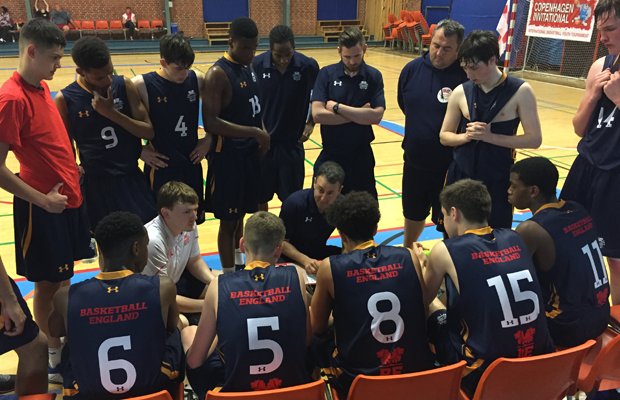 The England Under-15 Development squad won the Copenhagen Invitational Tournament with a 75-62 win over Finland in the final on Sunday afternoon in Denmark.

A 17-0 run to open the fourth quarter sealed the win for England, as Vasja Pandza led England with 19 points, while Mate Okros had all 16 of his points in the second half. David Chive added 12 to round out England’s top scorers.

England finished the tournament undefeated, going 3-0 in the group stage, with wins over Finland White, German club side Niedersachsen, and Lebanon, before defeating Denmark 97-50 in the semi-final to advance to the final showdown against the other Finland squad.

“I am really proud of this group of players,” said Head Coach Jesse Sazant.

“They completely bought in to how we wanted to play and worked incredibly hard all weekend. Our defence set the tone for us and let us play at a high tempo. The best part was the way that different players stepped up at different times throughout the weekend. They all played a huge part in this win.

“Also, I’m lucky to have such a strong staff in the programme who will go above and beyond to enhance the players’ experience and development. It feels great to match the 95s who won the same tournament 7 years ago. It is a tough tournament with 5 games in 3 days so going undefeated is a real achievement.”

Champions of @cphinvitational I couldn't ask for a better group of staff or players to works with. Been a pleasure pic.twitter.com/no0xKg7hqp