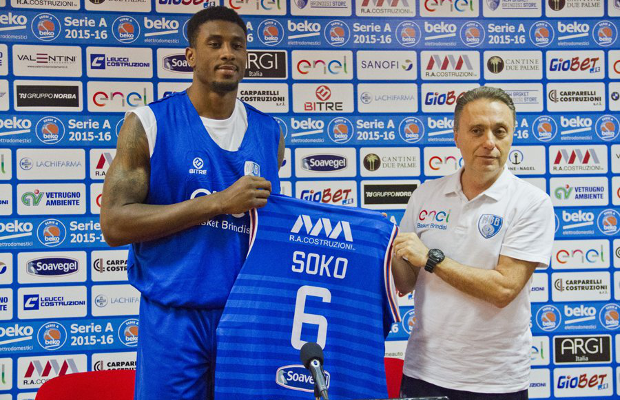 Ovie Soko has switched Greece for Italy for the remainder of the season after joining Serie A side Enel Brindisi.

The 25-year-old was officially presented in a press conference before making his debut for the club with nine points in 19 minutes of their 83-75 defeat against Auxillium.

In Greece, Soko put up impressive numbers in the top-flight with averages of 16.7 points and 7.7 rebounds per game in 16 outings for Trikala, where he was playing alongside fellow Brit Justin Robinson.

Soko had been linked with other Italian teams (Ferrara and Varese) over the last few months, but no team was able to reach an agreement with his former club, until now.

Enel Brindisi currently sit 10th in Serie A with a 12-16 record, but are just one win away from the playoff places.

Soko made his GB Senior debut last summer against New Zealand, and has been one of the top performers overseas this season.