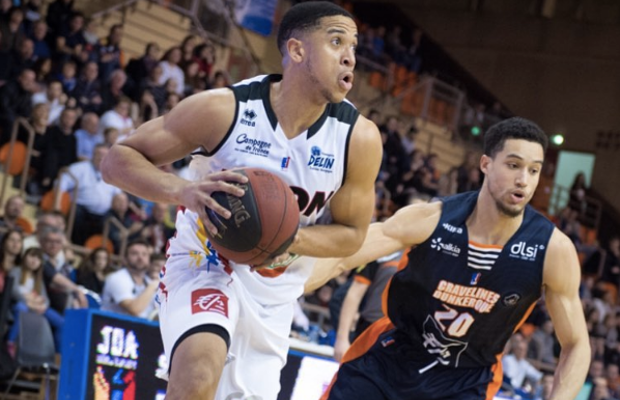 Luol Deng recorded his 12th double-double of the season with 10 points and 10 rebounds in a 112-109 loss at Orlando Magic before scoring 20 points and dishing out five assists in the return 118-105 fixture with Miami Heat improving to 47-33 ahead of their final regular season fixtures.

After seeing their Game 2 victory later over-ruled as a defeat a couple of days later, Soles went into the third game on the road with the LNBP Finals series tied at 1-1. Matthew Bryan-Amaning scored 17 points and grabbed 12 rebounds to help his side to a 60-79 victory to gain the lead again. Despite 22 points from MBA in Game 4, Soles were beaten 76-62 and then suffered a 94-73 loss to leave them trailing 2-3 with the next two games, if a seventh is required, on home court.

In Germany, Gabe Olaseni posted an impressive double-double after dominating the glass with 17 rebounds to go with 11 points as Giessen 46ers (15-13) picked up a narrow 73-71 win in the BBL as they climbed into eighth. Elsewhere, Nigel Van Oostrum recorded a double-double of his own after finishing with 12 points, seven rebounds and 10 assists as Leeuwarden (8-18) suffered an agonising 80-81 loss in the Netherlands with Ali Fraser adding 18 points and nine rebounds.

Ovie Soko netted a game-high 25 points to lead Trikala (9-17) to a 67-84 success on the road in Greece’s A1 league with Justin Robinson providing valuable support with a further 17 points. Meanwhile, Devon Van Oostrum had nine points, five rebounds and two steals, although Arkadikos (8-18) fell to an 87-74 defeat away at AEK Athens. In A2, Robert Gilchrist recorded nine points and 13 rebounds in an 82-69 loss for Peristeri (5-12), while Fahro Alihodzic scored eight points as Promitheas (15-7) were edged out 63-62 on the road.

In Liga Endesa action in Spain, Dan Clark scored 10 points as one of six Andorra (11-16) players in double figures, but they were beaten 86-91 at home to remain in 11th. Andrew Lawrence was back in action for Gipuzkoa (5-22) and scored 13 points in 17 minutes as his side was beaten 86-80 by Sevilla with Mo Soluade seeing minutes again in the top-flight. Meanwhile, Joe Hart had six points and five assists as Araberri (17-9) were beaten 91-81 in their final LEB Silver regular season game as they head into the post-season as the number two seeds after finishing third.