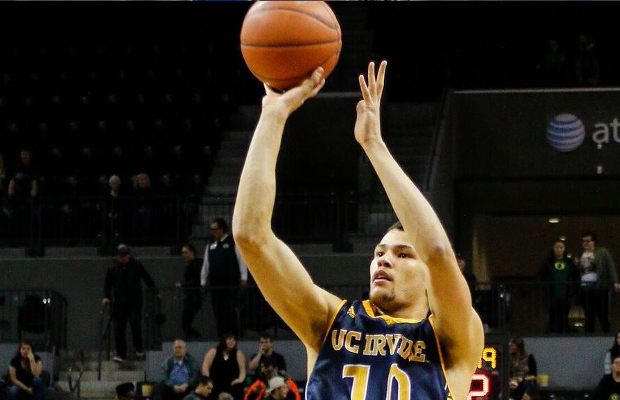 Luke Nelson has been named to the All-Big West First Team after playing a key role in guiding UC Irvine to a share of the regular season title.

The junior guard was the leading scorer for the ‘Eaters with over 400 points, averaging 13.3 points per game and 4.3 assists.

Nelson netted a career-high 29 points in the win against UC Riverside in January, and handed out 10 assists in a game on two occasions to set a new career best.

His back-court partner, Alex Young, was named to the All-Big West Second Team in his senior year after averaging 10 points per game in 31 outings, whilst dishing out a team-high 137 assists for the season.

Young’s playmaking skills were on display last summer when he made his GB Senior international debut against New Zealand having previously represented the Under-20’s alongside Nelson.

UC Irvine finished the regular season with 24 wins – second-most in its history – and with a 13-3 record in the Big West as they enter the Conference Championship Tournament as the No. 2 seeds.

Last season, Nelson was named to the Big West All-Tournament First Team after guiding UC Irvine to the NCAA Tournament for the first time in the school’s history.