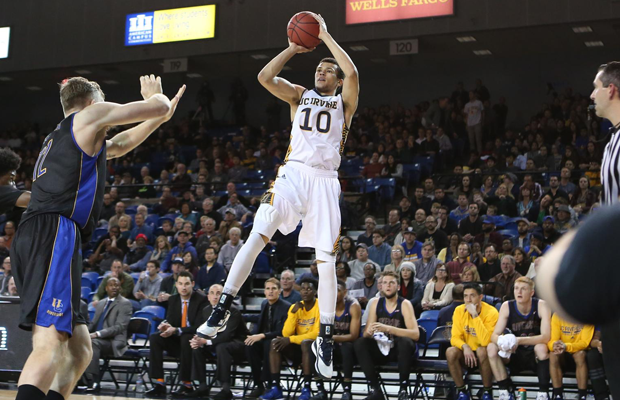 Great Britain Under-20 Luke Nelson poured in a career-high 29 points to lead UC Irvine over UC Riverside, 84-68, in a Big West Conference game before 4,233 at the Bren Events Center Saturday night.

Nelson became the fourth British player in the US college system to register a career-high this week (following on from Teddy Okereafor, Adam Thoseby and Kofi Josephs), as he went 10 of 15 from the field, including 4 of 5 on threes, plus was 5 of 5 from the free throw line.

It was Luke Nelson's world tonight, and we were all a part of it. Take a look: pic.twitter.com/0OzukU1dpG

“When Luke shoots the ball like that, it makes it easier for everybody,” said Head Coach Russell Turner after the game.

The Anteaters improved to 13-5 overall and 2-0 in the Big West. Fellow GB guard Alex Young had nine points, four rebounds and four assists.