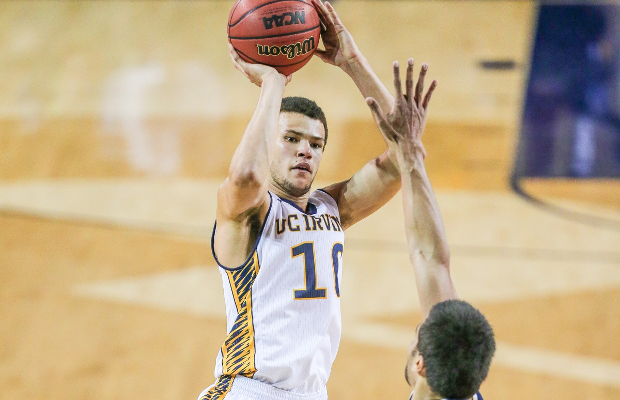 Luke Nelson exploded for a new career-high after netting 36 points to lead UC Irvine to a comfortable 84-64 in their Big West Conference Tournament opener, last night.

The junior guard went 11-of-15 from the field including a deadly 6-7 from 3-point range whilst making all eight free throw attempts as he fell just one short of the tournament record.

19 of Nelson’s 36 points came in the second half with just one missed shot in 15 minutes as his side turned a two-point half-time advantage into a convincing 20-point winning margin.

Nelson’s previous best mark was a 29-point haul he recorded in a win against UC Riverside in January having gone 10-of-15 on that occasion.

“I have confidence in myself and I got that from my teammates and coaches having confidence in me,” he said post-game. “We don’t rely on one or two guys to win, and the best way to win is to share the ball with each other.”

“People think we are complacent because we won a championship last year, but our locker room is totally the opposite side of that,” he added.

“We have a bunch of hungry guys in there that want to win another championship so we can get another crack at the NCAA Tournament. Our mentality is to take it day by day, game by game and let the rest settle itself.”