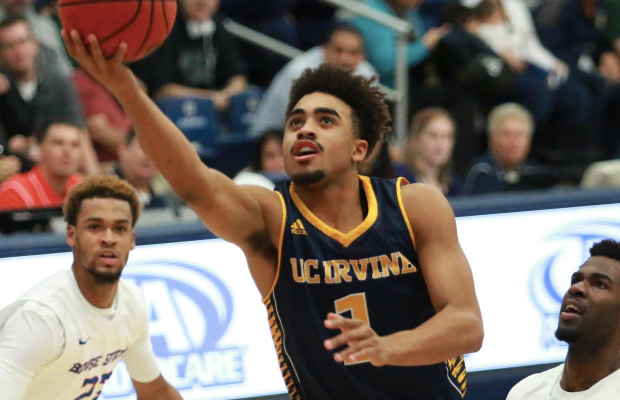 Alex Young played the last game of his college career last night as UC Irvine fell to a 73-67 defeat in the CollegeInsiders.com Tournament Championship game, but cemented his name in the school’s history books.

The GB senior guard, who has just turned 22, recorded 10 points, six rebounds and six assists with his tally on the glass making him become the first player in UCI history to register 1000 points, 500 rebounds and 500 assists over their career.

It was Young’s 139th game for the Anteaters – another school record – and he also has a total of 567 assists for the most in UCI history.

Meanwhile, Luke Nelson netted 13 points in the defeat in New York to bring an end to another impressive season, which saw the 20-year-old named to the All-Big West First Team.

UC Irvine finish the season with a 28-10 record having shared the regular season title before falling in the second round of the Conference Tournament. The Anteaters were then invited to take part in the CIT and won their first three games, before falling short against Columbia.