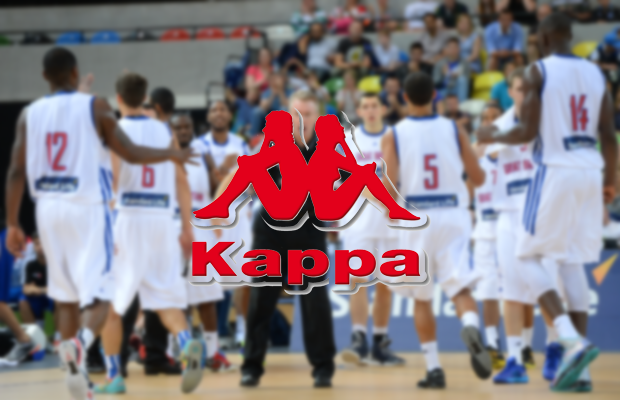 British Basketball has announced the Kappa will become the official and exclusive apparel sponsor to the British professional basketball leagues and Great Britain national teams.

Commencing at the start of the 2016-2017 season for an initial three year period, the deal includes a significant investment from Kappa – as well as the provision of a wide range of sportswear, including track suits, playing uniforms, training uniforms and leisure wear for all clubs and teams.

The BBL signed a five year kit deal with Spalding in 2013, but it had a break clause after 3 years, which they chose to activate.

The agreement is a first for British basketball, in that it covers all the top teams for men and women across the three organisations of British Basketball League (BBL), Women’s Basketball League (WBBL) and all men’s, women’s and junior Great Britain international teams (all the home nations will begin competing as Great Britain from the of 2016).

“The agreement with Kappa is excellent news and marks a significant first for British basketball,” stated Nick Humby, the independent Chair of the British Basketball Federation (BBF).

“It is a real positive and clearly demonstrates how GB Basketball, BBL and WBBL are working together to achieve a higher awareness of the sport.”

“We are also excited about moving the relationship forward. We have been operating in our brand new UK office since 2014 and are keen to increase our market penetration in all team sports such as football, rugby and other major sports.

“Our agreement with British basketball is another positive step towards achieving this goal.”

Bob Hope, Commercial Director of BBL, WBBL and GB Basketball added, “We are thrilled to appoint Kappa as our official and exclusive apparel sponsor for three years from the start of the 2016/2017 season.

“This is a significant development towards uniting the sport under one brand.

“Kappa is a relatively new brand to the basketball community in the UK, but it is well-known and respected internationally, with partnerships such as Argentina national team, Le Mans Sarthe Basket and Tango Bourges to name but a few.

“We are looking forward to growing our relationship over the three year period and trust that it will be as beneficial for Kappa as it will be for British basketball.”

The announcement of the deal has received mixed reviews on social media from the fans.