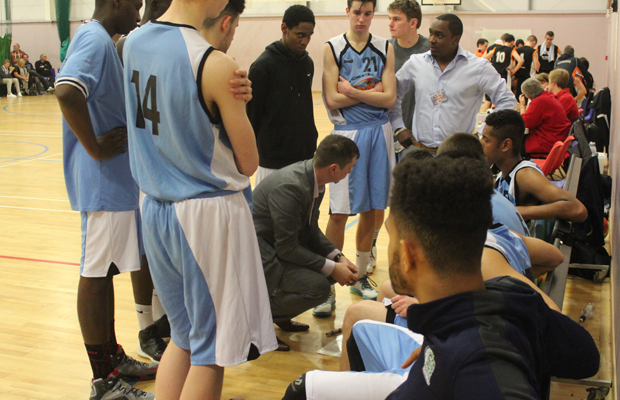 The annual Haris Memorial Tournament takes place at the Amaechi Basketball Centre from 27-29 December for its 10th anniversary.

England’s Under-18 Men make another return to the tournament, while the Scotland Under-18s and Turkey’s Under-17 National Team will also be in attendance, with a total of eight teams across Europe and the USA. Proctor Academy, that compete in the renowned New England Preparatory School Athletic Council (NEPSAC) conference in the US, will also be in attendance, expected to feature a number of NCAA Division 1 prospects.

Charnwood Academy are also invited after being late replacements for the Tunisia National Team, who were unable to attend due to visa issues.

“We are thrilled with this year’s Haris Tournament line-up for the 10th anniversary,” said Manchester Magic U18 Coach, Peter Paraskeva.

“We believe we have managed to arrange a great mix of National and Club teams from around the world, that we hope it will make for another fantastic Tournament.

“Our Manchester Magic U18 team are really excited to have the opportunity to test themselves against some of the world’s best junior basketball players and gives them a great learning experience of playing against different styles of play.

“We look forward to welcoming all the visiting teams to the Amaechi Basketball Centre for this special occasion, where we pay tribute to Haris Charalambous, one of the top players to come out of the Magic youth programme.

Pools
Pool A – Turkey U17, Osona, Charnwood Academy and Sligo
Pool B – Proctor Academy, England U18, Scotland U18 and Manchester Magic U18

Haris died suddenly while training with his NCAA Division 1 Toledo University team in October 2006. Haris’ mother, Polly, and his sister, Elena, always attend the Tournament to see some games and present the trophies. Sadly, his father Kypros, also died in July 2010.