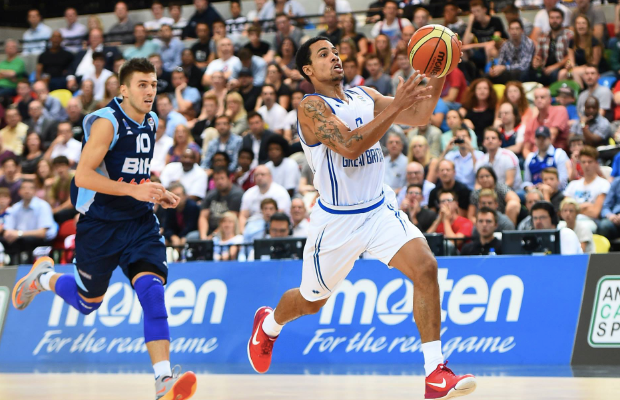 Bailey – who spent four seasons in the BBL with three different teams – admitted to ‘falling out of love’ with the game.

“I just got a bit fed up with basketball and I fell out of love with it to be honest,” he told the Chester Chronicle.

“I felt like I needed a change as I’d been playing basketball for 10 years and I just didn’t see any progression for me. I’d been playing in the BBL where the money wasn’t great and I needed to make a decision about what I wanted from my life and what would make me happy.

“I’d always been interested in MMA and I thought I would give it a go and I’m so glad that I did.”

Bailey represented his country at all age groups from England’s Under-16’s all the way up to the GB Senior Men’s National Team having been called up to the squad for the EuroBasket 2015 Qualifiers last year.

Bailey earned 13 caps for the GB Senior team and had been part of the initial squad ahead of the 2012 London Olympics. The 26-year-old made the final squad for the EuroBasket 2015 Qualifiers last year, as GB missed were beaten twice by Bosnia & Iceland to miss out on qualification.

The 26-year-old last played in Guadeloupe to finish last season, and now aims to make it into the professional ranks of MMA.