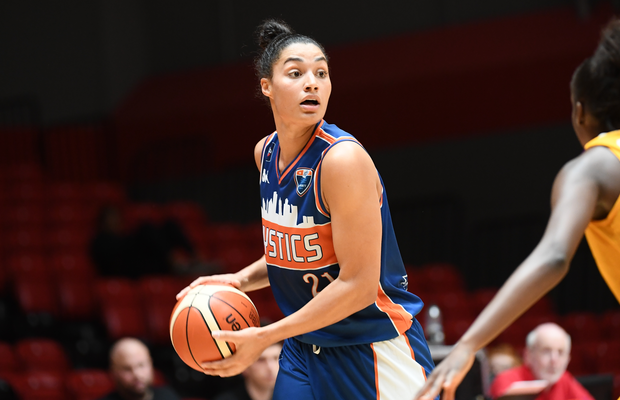 Dom Allen has re-signed for a fourth year in the WBBL with Manchester Met Mystics ahead of the upcoming 2020-21 season.

The 31-year-old averaged 9.9 points and 9.1 rebounds in 14 league appearances last season having first joined the club in 2016.

Allen helped the Mystics win their first piece of silverware in the WBBL as the MVP in the Cup final in 2017 with 21 points and 11 rebounds against Nottingham Wildcats.

The Birmingham native joins Georgia Jones as the first two names on the roster with the duo both having played together at Oral Roberts University as well as for England when they achieved a silver medal at the Commonwealth Games in 2018.

Allen started her pro career in Italy in 2013 and most recently played overseas in Romania with Sepsi with a short spell during the 2018-19 season.

Meanwhile, former Mystics guard Jorjah Smith has returned to the WBBL after signing with Newcastle Eagles to further strengthen their squad.