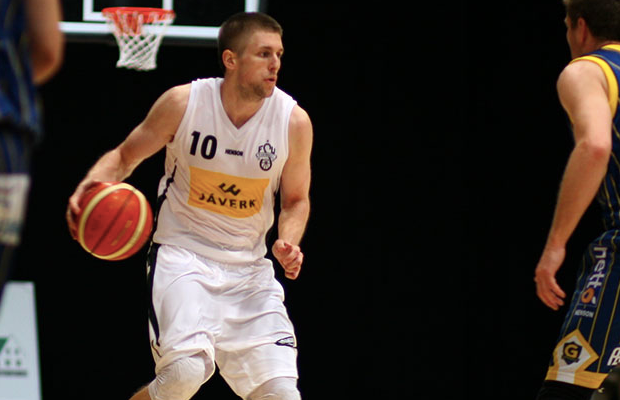 Luol Deng scored six points and added three rebounds and two steals in a 92-91 win for Miami Heat over Utah Jazz in their most recent game. Next up for Miami, they continue their home run with games against Minnesota Timberwolves, Sacramento Kings and the Philadelphia 76ers.

In Mexico, Matthew Bryan-Amaning led Soles (8-1) to three straight victories in the past week. The GB forward had 18 points and nine rebounds in an 82-97 victory in mid-week before scoring 16 points in 14 minutes on 7-of-9 shooting in a comprehensive 72-105 success and then following that display with a 17-point haul in a 90-84 home triumph.

Aaron Geramipoor provided valuable support; netting double figures in two of the three games including a display of 12 points and seven rebounds. Tafari Toney also had a good week with 14 points on 7-of-8 FG shooting in an 87-97 win for Abejas (6-2), before going for 19 points in the following game, though it ended in an 89-107 defeat.

Into Europe and Ovie Soko recorded a double-double of 23 points and 11 rebounds against Euroleague opposition in Greece, but Trikala (2-4) were beaten 69-89 at home to the 5-1 Olympiakos. Fellow Brit, Justin Robinson, contributed five points and also dished out four assists in the loss. Meanwhile, Devon van Oostrum finished with three points, three rebounds and a couple of assists as Arkadikos (1-5) fell to a 61-78 defeat at home to the unbeaten league leaders, Panithanikos.

In Spain, Dan Clark contributed five points and six rebounds to a 73-80 victory for Andorra (2-4) in a 16-minute cameo, while Andrew Lawrence hit double figures with 12 points along with five rebounds although Gipuzkoa (0-6) still await their first ACB league win after falling to a 68-82 defeat. Also, Joe Hart scored five points in a 71-80 defeat for Araberri (3-4) in LEB Silver action

Ogo Adegboye scored nine points on 4-of-4 shooting inside the arc and added four rebounds and four assists in another influential display for Vanoli Cremona (4-3), helping his side to a 65-69 Serie A victory. In Serie A2, Ashley Hamilton scored 17 points in a 75-93 loss for Bawer Matera (2-6), while Will Saunders grabbed four boards to go with three points as Novipiu Casale (5-3) were beaten 71-63.

In the A2 league in Greece, Rob Gilchrist had nine points and six boards in a 62-70 loss for Peristeri (1-3), while Fahro Alihodzic added six rebounds to his six points in 19 minutes as Promitheas (5-2) claimed a 48-58 victory on the road. Elsewhere, Brose Baskets (6-2) picked up two victories in the German BBL this past week as exciting rookie Gabe Olaseni scored with his only field goal attempt in both games as his side move up to fourth in the league.

GB rookie Chris Caird (pictured) had another 30-point game in Iceland this weekend after going 5-of-7 from 3-point range and adding six rebounds, though FSU (0-6) still await their first league win of the season. In the Netherlands, Leeuwarden (2-4) suffered a heavy 51-86 defeat with Ali Fraser scoring eight points, while Nigel van Oostrum provided eight assists and came up with two steals.

Orlan Jackman and Dukes Jermaine-Forbes both hit 13 points apiece in Portugal on Saturday, but CAB Madeira (3-4) dropped below .500 with a 67-77 defeat. In Slovakia, rookie Shore Adenekan went 5-of-11 inside the arc to finish with 11 points and five boards in a 63-75 loss for Iskra Svit (3-9) having missed their mid-week defeat.

Notes: Myles Hesson, Laurence Ekperigin, Eric Boateng and Liam Potter were all not in action this weekend.

Check back every Tuesday for the latest on the Brits overseas!