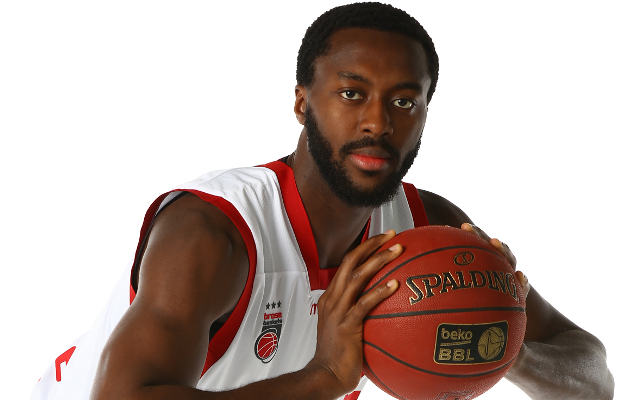 Gabe Olaseni made his Euroleague debut in mid-week after recording six points and two rebounds as Brose Baskets suffered a narrow opening 76-71 defeat away at Unicaja Malaga. The rookie forward then played limited minutes in Bundesliga action at the weekend as his side claimed a 63-87 road win to improve to 3-1 in the German BBL standings.

With The Team In Malaga, Spain For Our First Euroleague Game Of The Season.

Also in Germany, Will Ohuaregbe was kept to just a single point in Pro-A this week, but added four rebounds in 17 minutes although the Dragons would suffer their fourth loss in a 65-75 reverse.

Ovie Soko had a big game in the Greek top-flight after posting 13 points, 10 rebounds, three assists and two steals in a 73-64 win for Trikala as they made it a 2-0 start in the A1 league. Fellow Brit Justin Robinson chimed in with five points and three rebounds in the win. Meanwhile, Devon van Oostrum had eight points and four assists as Arkadikos were beaten 50-90 at home to Aris.

In A2, Fahro Alihodzic scored 15 points to help Promitheas to a convincing 98-86 home win as they improved to a 3-0 start. Rob Gilchrist has yet to make his season debut with Peristeri as they await their first league fixture.

Ogo Adegboye continued to impress in Italy’s Serie A after guiding Vanoli Cremona to a low-scoring 69-60 victory with nine points, five rebounds and two assists, whilst drawing seven fouls during the contest. In Serie A2, Will Saunders had 5 points and 5 rebounds but Novipiu Casale fell to a 68-60 loss on the road, while Ashley Hamilton also suffered defeat with Bawer Matera as he scored 11 points in a 75-91 loss.

Andrew Lawrence went up against European giants Real Madrid this week and scored eight points in 20 minutes, but Gipuzkoa were unable to pick up their first win as they fell to a 61-94 home defeat. GB forward Dan Clark did have a first taste of victory in Liga Endesa action this past weekend after contributing 12 points in an 81-83 victory for Andorra on the road.

Elsewhere in Spain, Ben Mockford went 1-6 from downtown as he struggled to find his range with just five points in a 70-62 defeat for Caceres away from home in the second division, LEB Gold. Two Brits clashed in LEB Silver action as Ali Fraser got the better of GB U20 guard Mo Soluade as he had 14 points and seven rebounds in a 71-55 win for Tarragona over Clinicas Rincon. Soluade failed to make a field goal, but still produced an all-round effort with three points, four rebounds, three assists and four steals in the loss. Joe Hart netted three triples in a 10-point performance and dished out a couple of assists during a 74-69 defeat for Araberri.

Myles Hesson and JDA Dijon were tested this weekend as they went up against Euroleague side Limoges. The GB forward battled away for 7 points and four rebounds, but his previously unbeaten side suffered an 82-48 defeat to drop to 3-1. In NM1, Eric Boateng impressed with 11 points and eight boards in 18 minutes of a 91-76 victory for Blois.

Former Leicester Riders and Plymouth Raiders big man Liam Potter went 3-4 from the field in his 6 points off the bench in Denmark, whilst adding three rebounds as Svendborg picked up a 75-86 triumph for their third win of the season. In the Netherlands, Nigel van Oostrum had a typically all-round display for Leeuwarden after adding five rebounds and two assists to six points in a heavy 91-60 defeat.

Notes: Aaron Geramipoor has joined Matthew Bryan-Amaning at Club Soles ahead of the start of the Mexican LNBP season, while Christian Behrens has headed to the UK to join Surrey Scorchers.