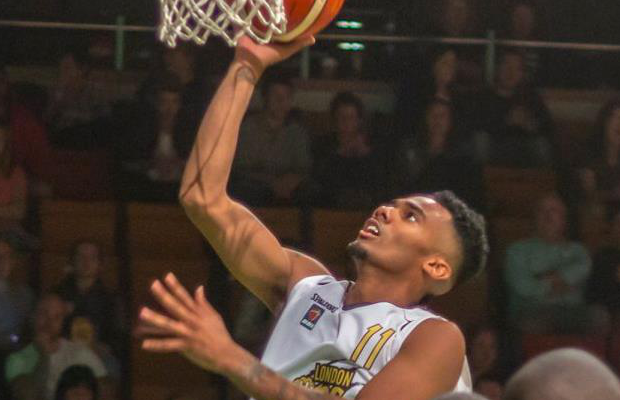 The 2015-16 BBL season started this weekend with six teams, including the defending champions, picking up their first wins of the campaign.

Newcastle Eagles – winners of all four trophies last season – started their defence with a hard-fought 85-78 win on the road at rivals, Sheffield Sharks. There was nothing to split between the two sides in the first half as the teams went into the interval locked at 40-40. However, the experience of the Eagles told true when it mattered most as reigning MVP Charles Smith waltzed his way to a 25 points to lead four starters in double figures.

The new era of basketball in Surrey started with a win as the Surrey Scorchers left it late to down Bristol Flyers with Andreas Schreiber’s and-1 play securing an 71-68 success at the SGS Wise Arena. Captain Tayo Ogedengbe led by example with 19 points and 11 rebounds in what was his 200th BBL league game, with Schreiber taking his tally to 15 with the winning play. The Flyers had just four points from their bench as American guard Cardell McFarland racked up 23 points in 40 minutes of action.

Two of Scorchers’ import trio, Nick Schlitzer and DJ Felder, both made contributions from the bench despite their very recent arrival from the US while compatriot Desmond Lee missed the game along with former GB U20 forward Will Neighbour. Bristol had opened up a 10-point lead towards the end of the third, but saw the visitors rally in the fourth to take the opening victory.

London Lions opened their campaign with a 79-69 road win at Plymouth Raiders on Saturday. Nick Lewis top scored on his club debut with 17 points, while fellow new addition Brian Voelkel filled the stat-sheet with 14 points, 10 rebounds, four assists and three steals. The Raiders were led by Australian Daryl Corletto’s game-high of 19 points with compatriot Auryn MacMillan finishing with 11 points and nine rebounds – seven of those on the offensive end.

After an even start, the Lions gradually began to pull away on their way to an important road win under new Head Coach, Nigel Lloyd. The teams were level at the end of the first before the visiting Lions opened up a lead. Plymouth managed to get back within two in the fourth, but ran out of steam in the closing stages as the capital side closed out the win by a double-digit margin.

Worcester Wolves’ summer revolution has shown early signs of success after they held off a strong challenge from Glasgow Rocks to grind out an 80-69 home win on Friday night. Ex-Leicester Riders duo Pavol Losonsky and Jay Couisnard combined for 39 points with Malik Smith adding a further 16 to the total. The Rocks, largely a young squad this season, were led by Warren Gillis’ game-high of 22 points with Kieron Achara scoring 17 points including the first two of the new season.

Cheshire Phoenix endured a mixed weekend after following up a comeback win in Yorkshire with a home defeat at their new arena, in the North-West derby. David Aliu stepped up with 25 points in the full 40 minutes on Friday night as Phoenix recovered from a half-time deficit to pull away in the second and claim an 82-68 win in their opener. GB international Zak Wells provided the firepower for Leeds with 21 points and nine rebounds while Dwayne Camille didn’t miss a shot from deep – going 5-5 in his 17 points.

After a slow-scoring start, Leeds poured in 30 points in the second quarter to turn a 6-15 deficit into a 36-31 advantage at half-time. However, Cheshire came out firing in the second half with a 14-0 start that saw them take control. A trio of triples from Camille helped tie the game at 63 near the start of the fourth, but the home side were unable to sustain their fight before going down by 14 points.

On Sunday, Manchester Giants – tipped to struggle this season – silenced their doubters under the guidance of player-coach Yorick Williams as they claimed an 87-75 win on the road at the Cheshire Oaks Arena. Olu Babalola top scored with 21 points including four triples; with Stefan Gill adding 19 points and Callum Jones flirting with a triple-double as he amassed 18 points, seven rebounds and nine assists.

Cheshire had limited minutes from their bench, especially with Sean McGonagill out, as Jordan Williams produced a game-high 27 points with Aliu adding a double-double of 20 points and 12 rebounds as Andre Ellis narrowly missed out on the same feat in his 15-point, nine-rebound display. The third quarter proved to be the difference as after the home side had made the stronger start to lead at the half, the Giants powered clear with a 21-6 run at one stage.

Keep an eye out for our weekly BBL round-up every Monday morning!