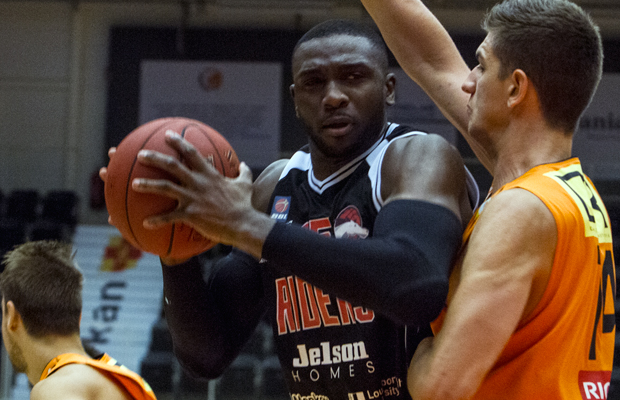 Former GB international Dzaflo Larkai has joined Leicester Riders on a short-term contract in time for their season opener against Worcester Wolves on Saturday.

Larkai has spent the past six seasons of his pro career in Japan, but joined up with the BBL club on their pre-season trip to Sweden this week.

The 6’8″ forward also has previous experience in the BBL having played with Everton Tigers in 2009 and is excited about returning to make an impact.

“One of my friends recommended Leicester so I contacted Rob (Paternostro) and he suggested I come and see if I liked it, and I did,” explained Larkai. “So I’m excited about the season ahead and obviously it is great to be home and doing what I love.

“I always play strong and physical; I have been doing that for years,” he added. “I like to take my man on 1-on-1 – not in a selfish way but if the team needs a score then I am able to do that.”

Larkai provides the Riders with extra strength and depth with Barry Lamble already confirmed as missing the opening weeks of the season.