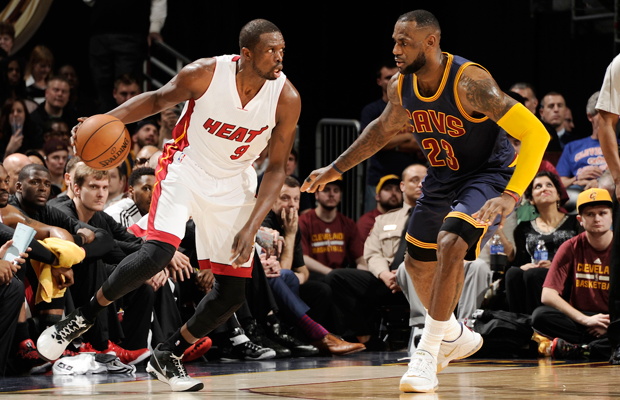 Luol Deng has continued to voice his frustrations with the lack of progress basketball has made within the UK, this time pointing to the BBL and calling for the pro league to place greater focus on youth development.

“My whole thing with the BBL is that the format needs to be changed,” Deng said in an exclusive interview with the Daily Star.

“If whoever was in charge said every BBL team needs to have an Under 16 and Under 18 team, you would start seeing change.

“This is what’s going on in Europe. Real Madrid has a young team. I think eventually basketball teams could be associated with football teams and it could help them.

“But to start with every BBL team should have a competitive youth team. Kids would then be driven to try and get into the men’s team, and that would make them better.

“Instead they have to go to the US college system if they want to make it.”

Most of the 12 BBL teams have some sort of youth programme, but developing players to come through the system is often not a priority. Leicester Riders, Bristol Flyers, Leeds Force, and Plymouth Raiders all have linked academies that compete in the EABL, whilst Leeds, Leicester, Newcastle, Sheffield all have Under-18 teams competing in the North Premier.

In recent years there are very few professional players earning a full-time living, whether in the UK or overseas, having been developed through a BBL programme. The aspirations of the vast majority of young players remains to leave the country as soon as possible.

Last month, the GB and Miami Heat star said he had “no idea” where the British Basketball national team programme was going, and has now added the Olympic games were a missed opportunity.

“I think the window of growing the game was missed,” he said. “It can be opened again. But we missed it with the Olympics.

“I’ve always had high hopes for basketball here. People complain about kids in the street but if you create a buzz about this sport, you can take some of those kids off the street.

“There is a buzz about it everywhere else. It’s not just in Europe any more. It’s Asia, it’s Africa. Basketball is a global sport. There’s a global buzz about it.

“There is so much talent here. This country could dominate European basketball if you focus on it.

“But there are so many kids who will miss out because the competition is so low that their talent is never going to get there and they won’t follow through with basketball. It’s a shame.

“Basketball in the UK has taken a step back. I think it’s a shame.”

Read the full interview at the Daily Express.