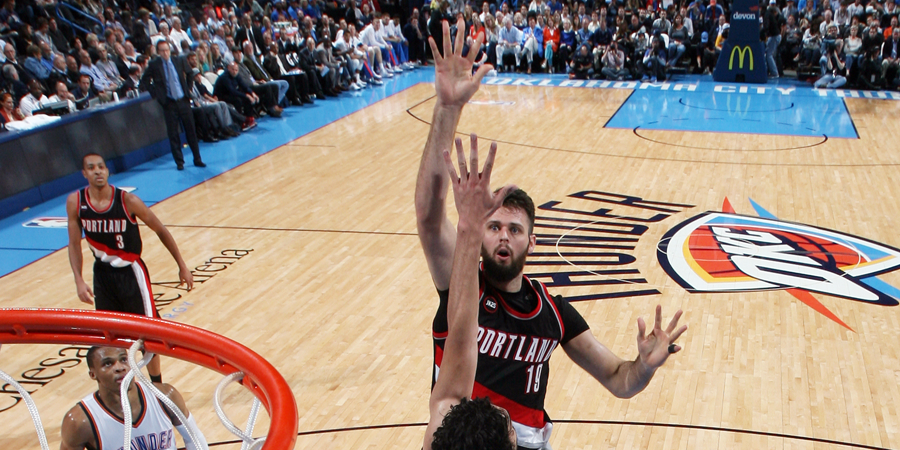 Joel Freeland’s future with the Portland Trail Blazers beyond this summer remains unclear, according to reports in the US.

The GB forward does not anticipate being given a qualifying offer from Portland – which would make him an unrestricted free agent – according to beat reporter Chris Haynes.

Freeland has already been attracting attention from European clubs such as CSKA Moscow and Barcelona, who could come in for the 28-year-old should he not receive an offer to remain in the NBA.

It was in Europe where Freeland established himself as one of the leading big men outside of the NBA after being sent away for his development by Portland after selecting the Brit in the 2006 NBA Draft.

Freeland played at Gran Canaria from 2006-09 before moving to Unicaja Malaga to play in the EuroLeague for three years, averaging 13.9 points and 6.3 rebounds per game in the 2010-11 competition.

Following the 2012 Olympics, Freeland signed a 3-year deal with Portland and has played 151 games for the franchise with eight of his nine career starts coming in the last season.

Portland have until the end of the month to extend a qualifying offer for Freeland, otherwise he will become an unrestricted free agent.

It also remains unclear whether or not Freeland will suit up for GB against New Zealand in their friendly encounter on July 19th. Freeland will be running his own camp in Gran Canaria earlier in the month from July 7th-10th.