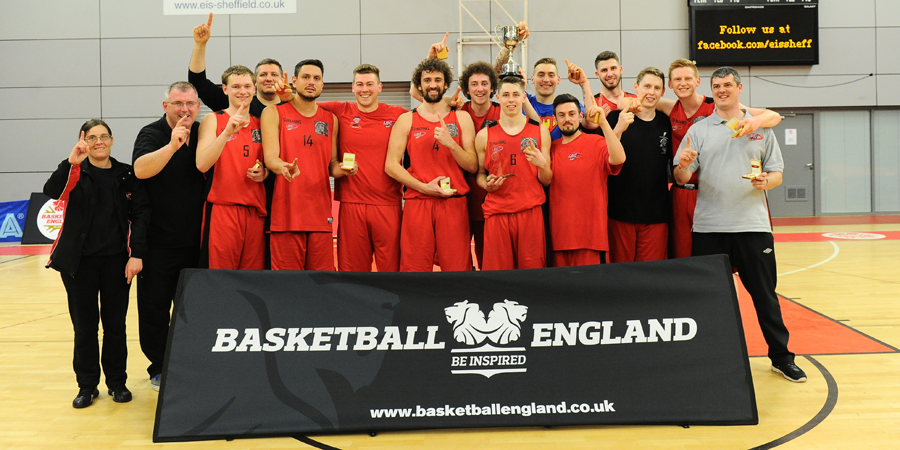 Jack Hudson produced an all-round display to earn the MVP award after finishing with 14 points, 7 rebounds and 8 assists to lead the D3 North winners.

“First of all, I’d like to say thank you to the fans on behalf of the players,” Hudson said after the game. “The support is really appreciated.

“Today went some way to putting right the performance in the (National) Shield. It wasn’t vintage Liverpool, but we pulled together and got through it.

“Credit to Solent,” he added. “They’re a really well drilled team that made it difficult for us to get into any sort of rhythm.”

Five other players reached double figures for Liverpool with Martin Calvo contributing 17 points, 11 rebounds, 4 assists, 3 steals and a block, while Chris Carroll also recorded a double-double with 10 points and 11 rebounds.

Solent Kestrels were led by 22 points from Louie Kirkman with a further 21 coming from Spencer Wells as the duo combined for well over half of the points for the D3 South winners.

Liverpool edged out their opponents in every quarter on their way to achieving successive playoff final victories having beat BC Medelynas in the D4 final this time last year.

Tony Walsh’s side bounced back from their previous final defeat when they lost to Team Newcastle University in the National Shield final.