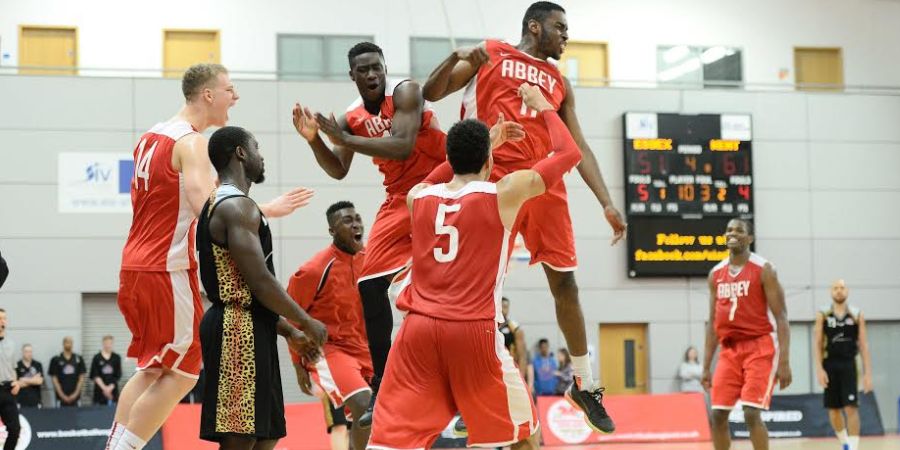 Kent Crusaders advanced to the Division 1 playoff final – where they will play Manchester Magic – after beating the league champions in the semi-finals.

Tola Akomolafe top scored for the Crusaders with 16 points, while Josh Steel added 14 points in the 61-51 victory over Essex Leopards – their fourth of the 2014-15 season.

In the second semi-final, Magic recovered from a slow start to defeat Derby Trailblazers 83-76 meaning that neither of the top two seeds will play in Sunday’s final.

The Blazers were fast out of the blocks with a 21-5 start, but Paul Middleton’s side responded and eventually took the lead at 30-29 – and they would never trail again.

Alvaro Alaron Lizaur had a big double-double with 24 points and 17 rebounds to lead his side, while Jack Minister (pictured, below) netted five triples on his way to a 23-point haul. Derby were led by a combined 46 points from Dan Watts and Raheem May-Thompson. 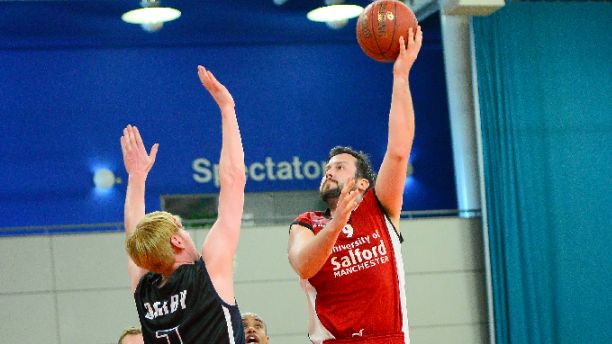 “It feels great to get to the final,” said Magic Head Coach Middleton. “I think we had a fantastic team performance where everybody stepped up. We had to dig deep as it wasn’t the ideal start but that’s what we did and I felt like we were in control for the majority of the game.”

“Kent Crusaders are a fantastic side and I think they deserve to be in the final. They’re really well coached and we’ll need to use all of our experience tomorrow to make sure we get the result.”

Three players were prevented from playing due to visa issues with Bryron Richards (Essex), Chris Shalvoy (Derby) and Ellis Cooper (Manchester) all unable to take to the court.

There was nothing to split the two sides in the opening semi-final encounter as the Leopards and Crusaders were level at 14-14, and then 29-29 at half-time. In the second half, Kent took over with a dominant 18-2 run over the first seven minutes of the third.

Essex had it all to do to battle back, but did manage to close within as little as six points in the closing stages. Akomolafe and Dwayne Orija, who had 7 points and 10 boards, sealed the win by holding their nerve at the free throw line to inflict a third semi-final defeat in three seasons for their opponents.

“It wasn’t the prettiest of basketball but we gutted it out,” said Kent Head Coach Lloyd Gardner. “We’ve had to deal with some adversity all season but we’re lucky we have a team who can dig deep and I’m delighted to beat the champions.

“We worked a lot on defense this week and hoped this could lead into our offense which seemed to work. I’m happy we’ve made it this far and we will deal with whatever either of them throw at us.”

Tomorrow we play for a national championship. Proud of our guys fight today it wasn't pretty but a win is a win #Final4s #ComebackKids

The final between Kent and Manchester concludes the Senior Finals weekend tomorrow at 3:30pm.