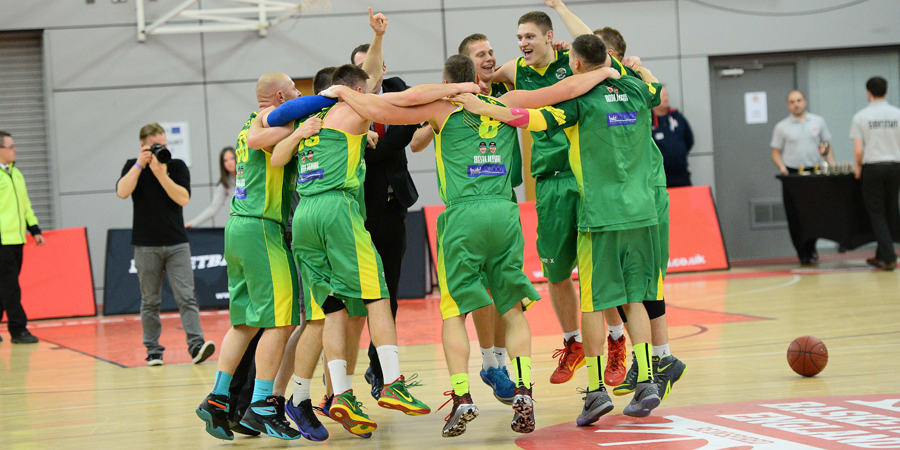 London Lituanica produced another dominant display as they powered their way to a 98-64 victory over Lancashire Spinners to win the Division 2 playoffs title.

The London side completed the double having wrapped up the league title on the final day of the regular season, and also avenged the heavy defeat suffered at the hands of Lancashire in February’s Patrons Cup final.

Julius Visockas claimed the MVP award with an impressive performance with 28 points and 12 rebounds, while Tomas Skarzdius had 20 points, 10 rebounds and six assists with two other players grabbing 10+ boards.

“I’m really happy because the last two or three years we have always lost in the big finals so to go out and win is a big achievement,” said Lituanica Head Coach Domas Solo. “The MVP Julius has had a brilliant season and played well today, got lots of rebounds and points on the scoreboard.”

The Spinners were led by Mark Rangeley, who netted five triples on his way to 25 points, while player-coach Steven Gayle added 17 points.

Lituanica outscored their opponents in every quarter, and were particularly strong in the closing stages as the gap extended beyond the 30-point mark to cap an impressive performance.