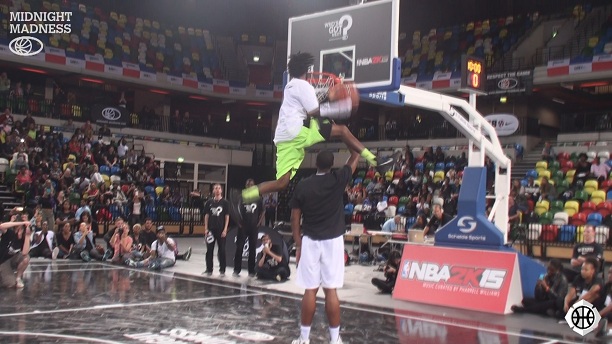 The Midnight Madness dunk contest added to its reputation as one of the world’s best year on year on Sunday night at the Copper Box, as Rafal ‘Lipek’ Lipinski, Justin ‘Jus Fly’ Darlington, Dmitry ‘Smoove’ Krivenko, Porter ‘What’s Gravity?’ Maberry, Kristaps Dargais, and the UK’s very own Joel Henry took to the floor to throw down some of the most ridiculous dunks seen on British soil – EVER.

It was 6’2″ Lipek who took the title, adding to his trophy haul this year, but every contestant threw down some crazy dunks. Check ’em out: