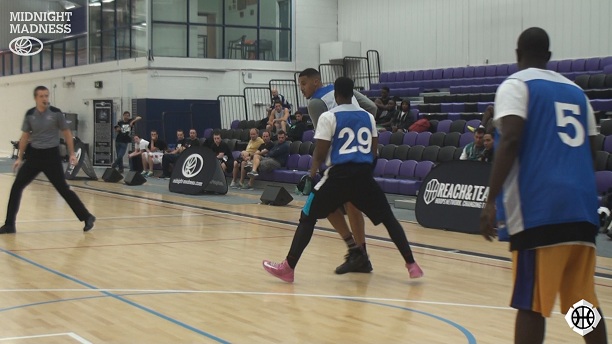 In the show n’ prove section of Midnight Madness Leeds, Ryan Richards and Dave Ajumobi teamed up to wreak havoc on opponents, but by the time the elite court was opened up they were split on opposite teams.

The trash talking began before they even faced off against each other on the court, and as soon as the game tipped off a mini one on one broke out with both of them dropping buckets on back to back to back to back possessions, sending the place wild!

Related ItemsDavid AjumobiMidnight MadnessMidnight Madness 2014Ryan Richards
← Previous Story Mirza Teletovic Puts on a Clinic vs GB at The Copper Box! Drops an Efficient 25!
Next Story → Dave Hopla Comes Within a Split Second of Breaking the World Record for Three Pointers in a Minute!