Dave Hopla Comes Within a Split Second of Breaking the World Record for Three Pointers in a Minute! - Hoopsfix.com

Support
Home / British / Dave Hopla Comes Within a Split Second of Breaking the World Record for Three Pointers in a Minute!

Dave Hopla Comes Within a Split Second of Breaking the World Record for Three Pointers in a Minute! 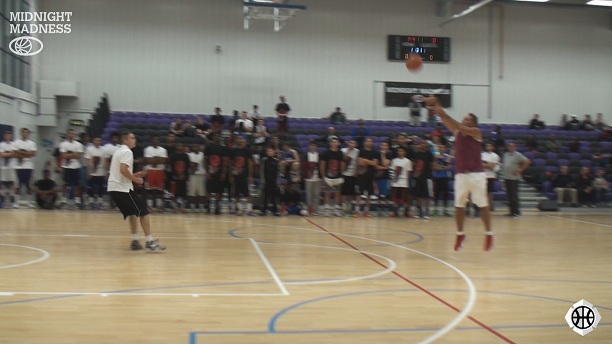 Dave Hopla, the former New York Knicks shooting coach and world renowned shooting legend is in England for Five Star Basketball Camp, and so made an appearance at the Midnight Madness Leeds qualifier to make an attempt at breaking a couple of world records.

The world record for three pointers made in a minute with one passer and one ball is 18, held by him, and on the day, he almost broke it, making 19, but the final shot was still in his hand just as the horn sounded. Regardless, it was a pretty impressive shooting display – 19 straight, I’ll take it!