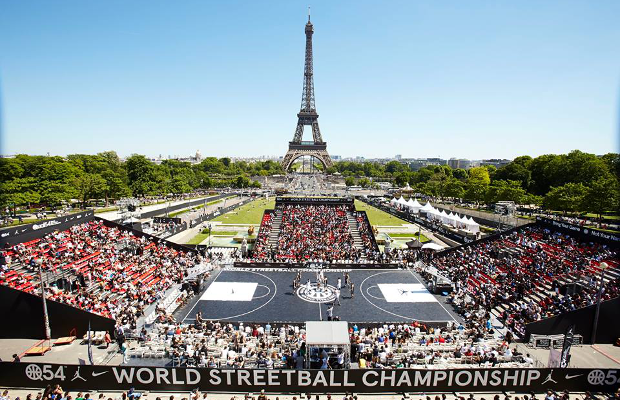 Midnight Madness are bringing two teams to the French capital this weekend as the 2017 edition of Quai 54 gets underway in Paris.

The event returns this summer having been cancelled in 2016 and will feature a total of 16 teams – including the two from Midnight Madness – with a dunk contest also taking place.

The teams compete against each other over the course of two days on Saturday and Sunday as they battle on the outdoor courts for the chance to win the World Streetball Championship.

“I’m happy the tournament is back – it’s a huge part of our summer plans,” said Midnight Madness’ Nhamo Shire.

“We’re looking forward to taking our two teams, who both go straight through to the knockout rounds based on how well we did last time out.

“There are no ‘A team’ ‘B teams’ – just two strong teams who represent the best of GB.

“We have a nice mix of BBL stars and our guys who are making waves playing overseas, with a couple of hungry guys from NBL 1 who have worked hard for this opportunity.

“We know the competition will come out swinging from the jump, but we’re ready for it and will be swinging right back.”

He added: “Quai 54 is the top summer streetball competition in the world and we’re going out there to bring the title back to the U.K.”

Follow @Hoopsfix on Twitter and add Hoopsfix on Snapchat for all the latest news/results and behind the scenes action from the weekend.