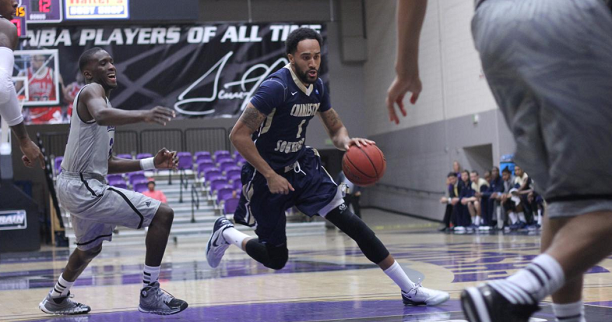 Welcome to the seventh instalment of Brits in College for the 2013-14 college basketball season, where we highlight the best performances of the British players over the past week.

There were at least three players who could have easily been made player of the week, without any retribution, but we chose to go with a newcomer who has had a very solid season, so far, but may have been overlooked as one of the best shooters on our list, if not the best.

Saunders fouled out in Charleston Southern’s overtime victory over Central Arkansas but not before posting his best game of the season.

Saunders has flown under the radar averaging 12 points per game and making a whopping 47% of his three point attempts.

Alihodzic scored a dozen points and recorded six rebounds in UAB’s loss to LSU on Saturday.

Lehigh have won their last five games after winning only two of the first six.  Is it a coincidence this happened after Chuku’s breakout game? That’s one possibility but the Londoner has been playing well of late.

His latest contribution was an 11 point, five rebound effort in a win over Quinnipiac on Saturday.

After a two game absence, Mockford returned to score nine points in a victory over N.J.I.T on Monday.

Will Neighbour may have filled out the stat sheet with 12 points, four rebounds, four assists and a block, on Saturday, but it wasn’t enough as UALR fell to Southern Mississippi.

The night before the senior posted 12 points, 10 rebounds in a victory over Jacksonville State. He also had 4 assists and two steals.

Luke Nelson is one of the rare British players to play as freshman and also start. He is averaging a dozen points per game through thirteen games.

He was the leading scorer with 14 points in a victory over Denver. He also contributed four rebounds and four assists in Saturday’s win.

He picked up the slack as backcourt mate and fellow Brit, Alex Young had an off game.

Soko dropped 22 points in a victory over Umass Lowell on Saturday. The Londoner also had four points and three assists. This is his third game of the season where he has scored 20 or more points.

Here at Hoopsfix.com we would like to wish you a happy New Year and thank you for your continued support in 2014.