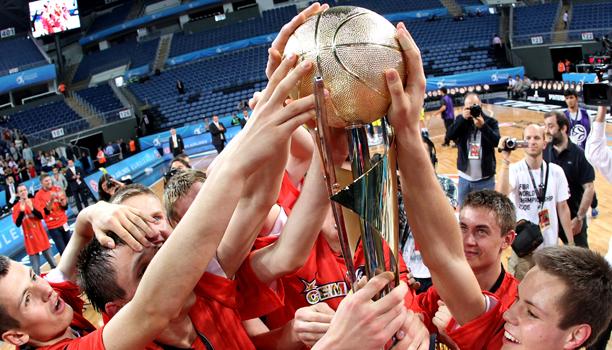 The Euroleague Basketball Nike International Junior Tournament, the top junior club competition in Europe, tips off on Thursday at the London Soccerdome, next to the o2 Arena, North Greenwich.

The 2013 edition of tournament will see eight elite Under 18 teams compete to be crowned champions of Europe from Thursday May 9, through to Sunday May 12.

The teams who reached the final stage this year represent a variety of countries from all over the world and all took different paths to book their ticket in the final event.

OKK Spars Sarajevo of Bosnia and Herzegovina advanced from the Torneo Città di Roma; Club Joventut Badalona of Spain made it through the Torneig Junior Ciutat de L’Hospitalet; Lietuvos Rytas Vilnius of Lithuania were the champions at the Euroleague Junior Qualifying Tournament Inter RAO Lietuva; and Crvena Zvezda Telekom Belgrade of Serbia qualified from the NIJT Classification Tournament Belgrade. Joining them will be FC Barcelona Regal of Spain, INSEP Paris of France, Team China and our very own Team England, all awarded wild cards.

The eight participating teams were randomly drawn into two groups of four teams. Each team will play a total of three games against the opponents in their groups. The 1st placed team from each group will play each other in the Final. All group games will be played in the London Soccerdome, whilst the Final will be played in the 02 Arena before the Euroleague Final on Sunday.

The two groups are as follows:

All eight teams will be raring to go and eager to win, as some of the top junior prospects in Europe will be on display. Entry to watch is entirely free! You can follow along with live stats on the tournament website here, whilst the final will be live-streamed on Euroleague.TV.

Check out the rosters and a bit of information about each team below:

England Under-18s, who will be represented as Team England, will make history as the first English team competing in the Euroleague Basketball Nike International Junior Tournament.

The presence of Europe’s elite, will no doubt be a tough test for Steve Bucknall’s side, who will be competing in the Division A European Championships for the for the first time this summer. Awarded a wild card for the competition as an effort by the Euroleague to help grow basketball in the UK, Team England will have its work cut out.

“The NIJT will provide us with a good benchmark to evaluate our team and individuals” said head coach Bucknall. “We expect to face challenges to our style of play in every phase of the games, and our aim is to compete and show improvement over the next few days.

“There will be some great individual talent on show, so it’ll be interesting to see how we match up against these players. It’s a very good preparation tournament for us leading into Division A play!”

If any team is up to the challenge, it is the talented 1995 born generation, who have led both the England U16s and U18s to promotion at the Euros over the past two years. It won’t be a full squad however; Unicaja Malaga’s Mo Soluade (who, funnily enough, has already competed in the qualifying tournament in Rome over Christmas with his club side), is unable to be with the team due to playoff games with his LEB Oro side in Spain.

Jules Christian Dang Akodo, the top 1996 born talent, is the only player on the roster to have previously experienced this competition, playing in the L’Hospitalet qualifier with his club side, Union Olimpija Ljubljana. He averaged 11.5 points and 4 rebounds per game in 31 minutes.

The team will be led by England Division 1 Player of the Year Luke Nelson, and Westminster Warrior teammates Tyrell Isaacs and Dwayne Orija, whilst being thrown in at the deep end with an opening game against Barcelona.

The Serbian team, well known for their player development (former NBA player, Peja Stojakovic, being the most famous product of the programme), made the tournament after winning the NIJT qualifying competition in their own Belgrade, with a 5-0 record as they blew out teams by an average of 36.4 points.

Dusan Ristic, a 7 foot centre considered amongst the best ’95 borns in Europe, took the MVP Trophy averaging 18.6 points and 9.4 rebounds per game.

In last year’s NIJT finals in Istanbul, Red Star beat Barcelona by nine points and Anadolu Efes by 21 points before losing 105-69 to eventual champions Lietuvos Rytas in the final group game to miss out on a chance to reach the title game.

One of the most famous sports’ clubs in the world returns to participate to the Euroleague Basketball Nike International Junior Tournament, FC Barcelona Regal.

Barcelona has the highest number of past appearances out of all clubs participating this year (5), however, they are yet to lift the trophy, with their best performance being runners up in Madrid in 2008.

The roster will be led by the 2012 FIBA Under 17 World Championship star Mario Hezonja, who lead Croatia to third place averaging 20.8 points and 7 rebounds per game. Will 2013 be the year for Barcelona? 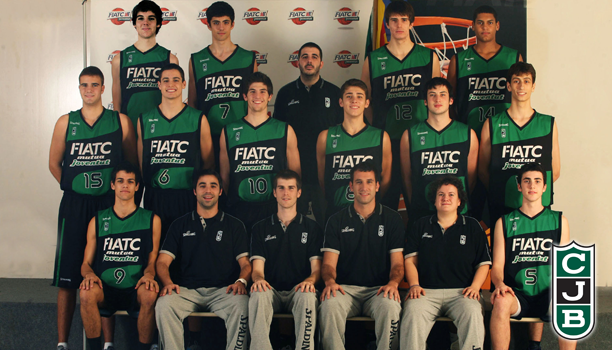 Badalona, one of the oldest Spanish basketball clubs (est. 1930), is recognised for having the best junior development programme in Spain, and one of the top in Europe. Ricky Rubio and Rudy Fernandez both came through the Badalona programme.

Joventut reached the finals of the Nike International Junior Tournament for the first time by winning the traditional Ciutat de L’Hospitalet tournament, with a stacked roster; six of which lined up for Spain at the 2012 FIBA U17 World Championship. Sans, Nogues, Gerard Gomila, Alberto Abalde, David Iriarte and Marc Bauza were on the Spanish team that lost to the United States in the Semi-Finals in Kaunas and then dropped the Bronze Medal Game to Croatia to finish fourth. 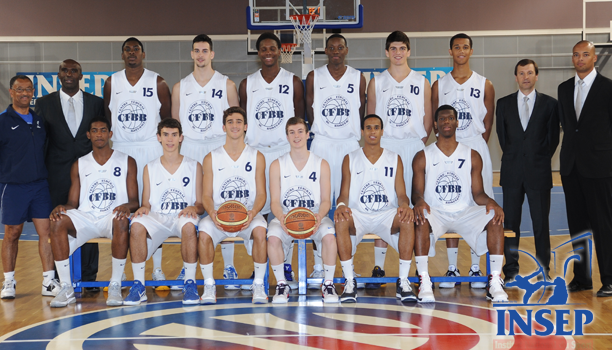 The Institute, endorsed directly by the Ministry of Sports in France, is the accepted pathway the most talented French basketball players will take to hone their skills along with their education and considers Tony Parker and Boris Diaw amongst its alumni.

INSEP finished third in the qualifying tournament in Belgrade, but received a wild card to participate in London.

The main star of the Paris-based team is Damien Inglis, who averaged 19 points, 8.5 rebounds, 7.2 assists and 1.8 blocks in the qualifying tournament. During 2012 summer he teamed with INSEP classmates Charley Pontens, Olivier Yao Delon and Paul Rigot to take third place in the men’s competition at the FIBA U18 3×3 World Championships.

Pontens is the second main weapon for INSEP, averaging 14.6 points and 3.2 rebounds while shooting 12 of 24 from three-point range in the qualifiers. The young 1997-born Stephane Gombauld gives INSEP a strong third scoring option after collecting 11.6 points and 4.6 rebounds in the qualification tournament.

OKK Spars Sarajevo were the first team to book their ticket to London, triumphing in Rome at the ‘Città di Roma Tournament’ as they upset last year’s runner-up Fenerbahce Ulker in the Final.

OKK Spars Sarajevo was only founded in 2005, with the primary objective of educating children and adolescents through basketball. It is now the most organised and attended basketball school in the city of Sarajevo and of Bosnia Herzegovina.

OKK Spars Sarajevo is led by its ‘Big Three’: Nedim Buza, a 17-year-old small forward who averaged 19.0 points, 5.5 rebounds and 2.5 assists; Doko Salic, who averaged 21.8 points and 10.5 rebounds to win MVP honours; and Aleksej Nikolic who contributed 18.8 points, 6.3 rebounds, 2.3 assists and 1.5 steals. All three made the All-Tournament Team in Rome.

Lietuvos Rytas Vilnius are back to defend their title, after beating home side Fenerbache Ulker 88-70 in last year’s final in Istanbul to take the title.

The reigning champions, who developed Raptors big man Jonas Valančiūnas, will be making their fourth appearance in the tournament, having also come runners up in 2009.

Things won’t be easy for Lietuvos, who gained their spot knocking out Lithuanian rivals Zalgiris Kaunas 100-81 in the Siauliai Tournament, after their main weapon Edvinas Seskus has been confirmed out with an ACL injury. Seskus dropped 28, 10 and 6 in the Siauliai final against Kaunas.

The Euroleague and the Chinese Basketball Association continued their partnership to grow the sport in China, as the Under-18 Chinese National Team celebrate their third year in the NIJT.

In both previous appearances, Team China finished with a 1-2 record, beating FC Barcelona in 2011 and KK Zagreb in 2012.

Their biggest success story from the tournament has been that of 1993 born Guo Ailun, who made the NIJT All-Tournament team in 2011 after averaging 14.7 points and 11 assists, before being named to the China Men’s Senior National Team at the London 2012 Olympics and participating in this year’s CBA All-Star game.

Will you be attending the NIJT? Who are you most looking forward to seeing? How do you think England will do?