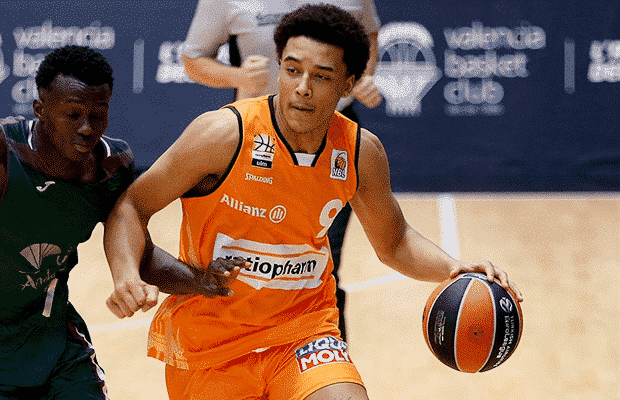 Jeremy Sochan has cemented his status as one of the best international prospects in the Class of 2021 after a dominant performance at the Euroleague adidas Next Generation Tournament.

Sochan led Ratiopharm Ulm to a 3-1 record for third place in Valencia, their only loss coming to Barcelona after a fourth quarter collapse, and was named to the All-Tournament team after leading the event in Player Index Rating, rebounding, and finishing second in scoring.

The Baylor-commit averaged 15.5 points, 12.8 rebounds, 2.8 assists, 1.5 steals and 1.3 blocks per game, particularly impressing at the defensive end of the floor.

He had three double-doubles in the four games, including 16 points and 16 rebounds in Ulm’s opener against Barcelona, and 15 and 17 rebounds against Gran Canaria.

Sochan joins Cameron Hildreth as British players to have made the Euroleague’s junior tournament All-Star five, after Hildreth impressed earlier this year in Kaunas, Lithuania.