Great Britain Defeated by Lithuania in Final US Warm-Up - Hoopsfix.com

Great Britain Defeated by Lithuania in Final US Warm-Up 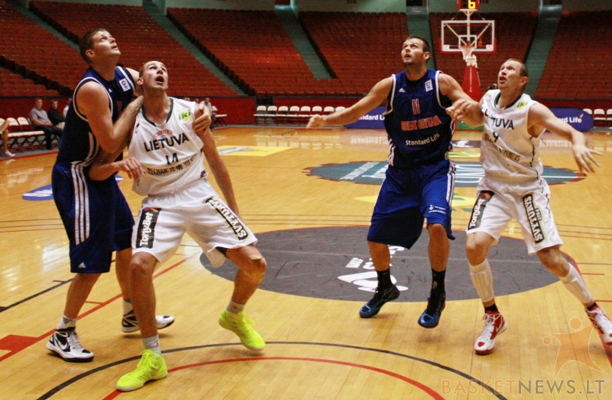 Despite leading at half time, Great Britain couldn’t hold on as Lithuania took the 90-80 victory in the team’s final game in the US on Friday night.

Kyle Johnson led GB with 18 points on 5/10 shooting, Pops Mensah-Bonsu had 16 points, 6 rebounds and 4 blocks but went 10/20 at the line, and Joel Freeland added 14 points and 7 boards. Lithuania were led by 18 points from Martynas Pocius and 16 from Sarunas Jasikevicius.

GB finished their warm-up games in the US 0-5 as they await Luol Deng’s return to action whilst he rests his wrist as a precaution. Head coach Chris Finch is expected to make further cuts to the team today, whittling it down to 14 players.

GB will return to the UK this weekend before heading to France to play the host nation on Saturday 7 July , before taking on Spain on Monday 9 July, followed by their first action in the UK – in Sheffield as part of the ‘Game On’ tournament run by British Basketball.