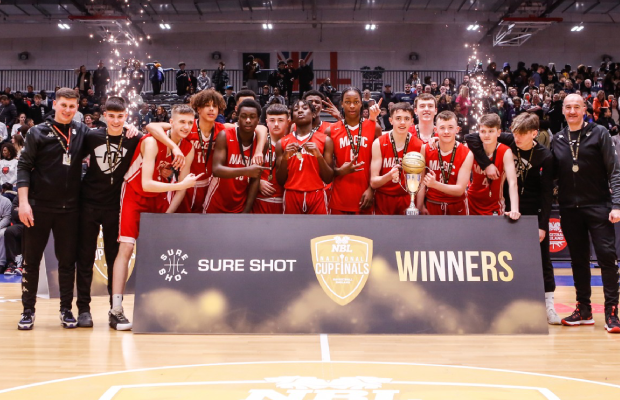 Manchester Magic defeated London Lions 71-64 to be crowned U16 Boys National Cup champions at the National Basketball Performance Centre in Manchester, on Saturday.

Jack Walton top scored with 17 points to go with five assists and five steals as the MVP, while Spike Noden added 13 points from the bench. Olu Babaloba also posted nine points, 10 rebounds, six steals and three blocks in the win.

The winning moments for @mcr_bball! 🏆

Manchester used an 8-0 close to the first quarter to establish an early 16-8 lead and points continued to be hard to come by for the Lions. They trailed by as many as 15 points midway through the second as they were held to single figures again; going into half-time 29-17 behind.

However, London managed to double their output in the third quarter with a strong effort including a 7-2 burst late on to cut the gap back down to 10 points at 48-38.

Manchester were able to hold off any late fightback as their lead only briefly dropped below seven points late on with celebrations at the buzzer.