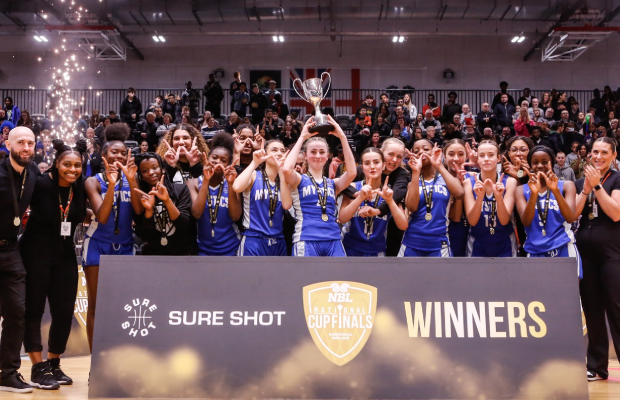 Manchester Mystics were crowned U16 Girls National Cup champions after an emphatic display saw them defeat Ipswich 93-66 in Manchester, on Saturday.

Irene Oboavwoduo led the way with a game-high 23 points along with six rebounds, five assists and four steals as the MVP. Elizandra Costa added 18 points with Maisie Keyes contributing 10 points and 10 assists for a double-double as the GB U16 trio stood out.

The Mystics made their move in the first quarter with a strong offensive opening as they poured in 29 points to take control of the contest. The gap quickly moved beyond 20 points as Manchester held a commanding 49-28 advantage at the half-time break.

Ipswich kept it competitive in the second half, but were unable to claw back the large deficit. Captain Maia Wiseman led their efforts with 25 points, 10 rebounds and six steals, while Cerys Leach posted 19 points and 12 rebounds although both also reached double digits in turnovers amongst the 39 from Ipswich.

Re-watch the game below: