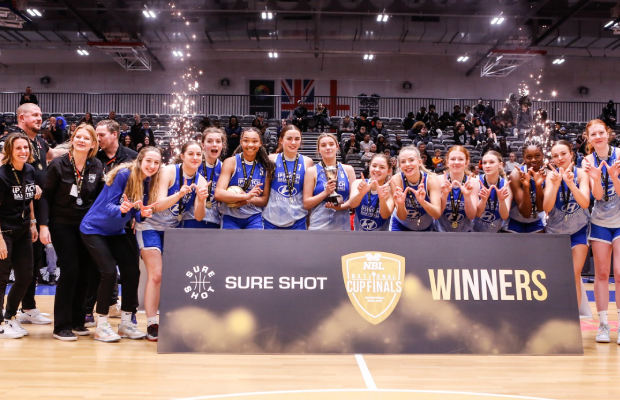 Ipswich produced an impressive display to beat City of London Academy 83-54 to claim the U18 Women’s National Cup title in Manchester, on Saturday afternoon.

It was a repeat of last year’s final in which CoLA had won 68-41, but this time Ipswich prevailed as Yasmin Edwards starred with a 27-point display to earn MVP honours.

🏆 @IpswichBball celebrate their U18 National Cup triumph as Yasmin Edwards picks up the MVP award with 25 PTS & 7 REB! pic.twitter.com/KUqKsVs8FY

Ipswich raced out of the blocks in a 13-0 start including a four-point play from Louisa Gibbins, while Edwards poured in 11 points of her own to help establish a 24-10 advantage through 10 minutes.

Edwards moved to 15 points personal with the lead also at 15 points at 32-17 at the midpoint of the second with Lauren Liddamore stepping off the bench to drain a triple. Ipswich continued to give up no easy baskets for their opponents and went into the break with a commanding 42-22 lead.

There was little between the two teams in the third as CoLA edged the quarter 21-20 to marginally reduce their arrears as Felicia Jacobs had an and-1.

Ipswich then opened the fourth with a 7-2 run to further break clear as they wrapped up victory in style to spark jubilant celebrations.