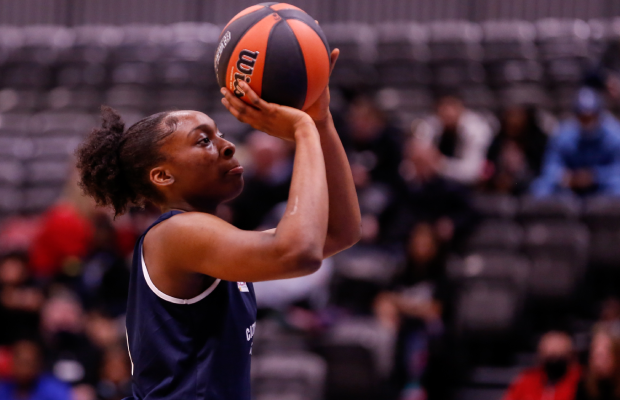 City of London Academy secured the U18 National Cup title with a 68-41 victory over Ipswich in Manchester, on Saturday.

Isi Ozzy-Momodu posted a big double-double of 22 points and 21 rebounds and Molly Lavin added 17 points and 17 rebounds in the win, while the MVP award went to Emily O’Connell with 14 points to reflect the overall team performance.

CoLA came out firing with a dominant 25-9 opening period to take control of the contest as they held their opponents to 25% shooting from the floor, overall.

Ipswich could only manage 11 points in each of the second and third quarters with the deficit reaching as many as 35 points. They continued to fight to take the fourth period 10-9 with the damage already done.