Estonia prove too strong for GB 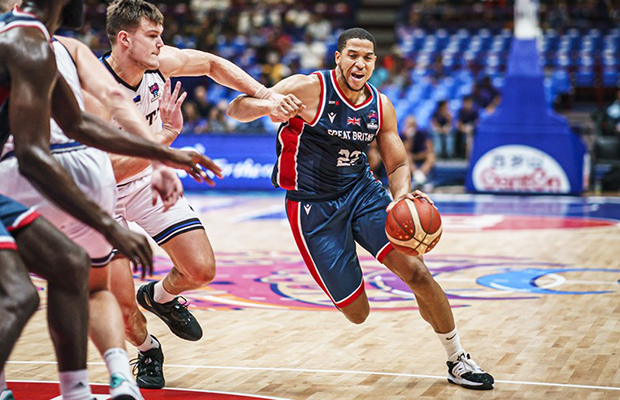 Great Britain continue to search for their first win at EuroBasket after suffering a 94-62 defeat at the hands of Estonia on Tuesday afternoon in Milan.

With Ovie Soko out injured, a short-handed GB were unable to pull many positives from another blowout that saw them trail by as many as 32.

Their hopes of advancing out of the group stage continue to dampen, as they will now hope for Italy to lose tonight against Croatia to keep their chances alive.

“Estonia played a really great game and shot the ball well, they deserved to win,” Myles Hesson said. “We didn’t play very well, so there’s not a lot to say about our effort.”

Carl Wheatle led GB with a 12-point, 11-rebound double-double, while Hesson led the scoring with 14 and Patrick Whelan added 12.

“Estonia are a quality team and taken every team down to the wire,” GB Head Coach Nate Reinking said.

“They proved again today they are a disciplined and good team. We didn’t have it today, mentally, we cracked again and it showed.”