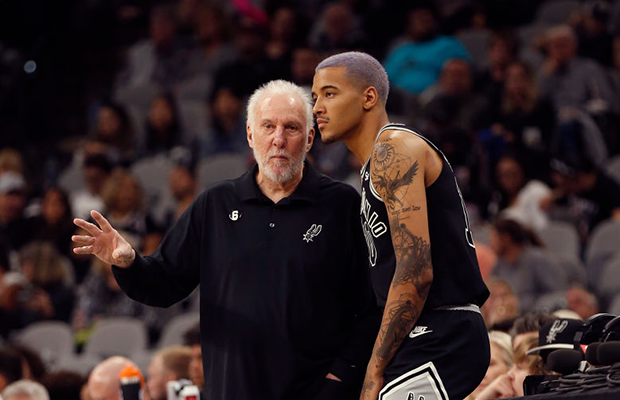 Sochan finishes with 4 points, 7 rebounds, 2 assists and 2 steals in his debut 👌 pic.twitter.com/VctZqUjKSK

His Spurs opened their 50th season in San Antonio inauspiciously, losing a season opener for only the third time under Gregg Popovich; they are a projected lottery team, with an average after of just 23.4 years, the youngest roster in Popovich’s 27 seasons as San Antonio coach.