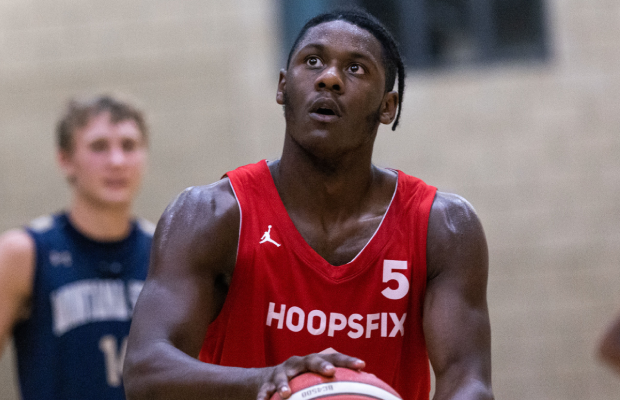 Hoopsfix Elite take on California Basketball Club tonight and this is your guide for all you need to know ahead of the clash including how to watch.

The exhibition marks the first stop of the AXE Euro Tour that also takes the American high school side to Paris and Rome after their trip to London.

The game is now officially SOLD OUT.

Hoopsfix have put together an Under-19 select team to represent the UK with 14 players called up by head coach Lloyd Gardner.

Those include Italian based guard Quinn Ellis – 2022 Hoopsfix All-Star Classic Under-19 Men’s MVP – as well as SIG Strasbourg prospect Michael Belle and Sultan Adewale, fresh off a successful season in the States. Full roster, HERE.

California Basketball Club are made up of several Sierra Canyon players headlined by Bronny James, who is set to play alongside his younger brother Bryce. Full roster, HERE.

Where is the game taking place?

The game is taking place at the Copper Box Arena in London in the Olympic Park at Stratford. The 5,000 seater venue is the home of the London Lions, who will be competing in EuroCup and FIBA EuroCup Women action this season.

It is believed to be a record crowd attendance for a junior game of basketball in the UK.

What time is tip-off?

The game is set to start at 8pm UK time (12pm PDT) and will be played in normal FIBA rules with four quarters of 10 minutes.

Will there be stats?

Yes, there game will be live stats available and the game can be followed, HERE.

How can I watch?

For those not able to attend the Copper Box, the game is being shown LIVE on BT Sport 1 in the UK from 8pm as well as being broadcast LIVE on ESPNU in the US.

Those with a subscription to ESPN Player can also access the game – you can also sign up to a 7-day free trial.

Make sure to follow @Hoopsfix on all social channels to stay up-to-date as the game unfolds as well as action from behind the scenes.